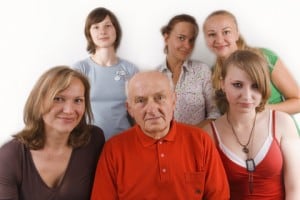 A property management company in Florida has been charged with discrimination over its enforcement of occupancy limits in a rental property.

HUD has charged that such limits discriminate against families with children.

The company is accused of telling a family with six children that they had too many people to live in a particular townhouse.  According to HUD, the company threatened to evict the tenants if they did not reduce the number of occupants based on an occupancy policy that permitted only six people to live in a four-bedroom home.

A local occupancy ordinance would permit up to eleven occupants in the townhome. Investigators say that the occupancy policy prevents a “significant percentage of Florida families” from living in its housing.

According to the complaint, the family signed a one-year lease with the owner.  The property manager later told the family about the occupancy standard passed by the homeowners association. Three months later, the family received a letter from the homeowners association’s attorney informing them that it would begin eviction proceedings if they didn’t comply with the occupancy standards within 30 days.

The HOA was compelled to stay the eviction pending HUD’s investigation of a discrimination complaint filed by the family. The association has also been charged. Although the family has since moved, the occupancy policy remains in place, according to HUD.