Should You Buy Terrorism Insurance?

Should you buy terrorism insurance or save your money? The answer may depend on how you perceive your building(s) will be affected, at all, in the foreseeable future.

Following the 9-11 attacks on the World Trade Center and Pentagon, damage was estimated at $40 billion dollars. Other than the first attempt to bomb the World Trade Center in 1993, which was limited to the parking garage, and did $300 million damage, 9-11 is the first foreign attack of its kind that has taken place on U.S. soil. Following the 9-11 attacks, the insurance companies were obliged to pay for the damage to property and had no exclusions for terrorism. Similarly to the way that homeowners company previously had no exclusions for earthquake damage prior to the 1971 Sylmar earthquake, after which homeowners’ policies carried earthquake exclusions thereafter, the commercial insurance industry saw the enormous losses they stood to take and moved to draft terrorism exclusions while they worked with the government to find a solution against this new problem.

The Terrorism Risk Insurance Act of 2002, approved by Congress and signed into law by President Bush in November, established a reinsurance program to be administered by the U.S. Treasury Secretary. The program provides reinsurance to reimburse insurers for certain losses arising from terrorist acts. A loss has to cause $5 million to be certified as an act of terrorism.

Congress created the program for the following reasons:
The terrorist attacks of September 11th, 2001 resulted in a huge loss of both property and life. It cost insurers an estimated $40 billion according to the Insurance Information Institute (III). This was easily the largest disaster in the history of the insurance industry.

Reinsurers, who are essentially the insurers of the insurance companies, feared that future terrorist attacks could bankrupt them. As a result, many reinsurers began excluding coverage for terrorism losses from their contracts with insurers.

As a consequence, a number of insurers, now lacking reinsurance protection, started to exclude terrorism coverage from policies they sell to businesses and other organizations.

For example, one result of this was that construction projects could not get financing from banks because the owners and developers could not get terrorism insurance. This alone aggravated the slowdown in the nation’s economy.

An Explanation of the Terrorism Risk Insurance Act:
The Terrorism Risk Insurance Act legislation provided that private insurers and the federal government would share the risk of any future losses from terrorism for a three-year period. Commercial policyholders were notified of the existence of the federal backstop, and then offered terrorism coverage, specifying the cost of that coverage. Policyholders obtained the option to accept or decline the coverage, or negotiate other terms. Those provisions applied to new policies written after enactment.

There were several benefits resulting from the new legislation:
This bill brought much needed capacity back to the market at a critical time.

Without this legislation, insurers were looking at an almost incalculable risk. While still large, the potential risk to individual companies could be quantified, which enabled the insurance market to function again.

Many small- and mid-sized businesses across the country experienced little change. Their premiums went up for other reasons, but the terrorism coverage itself did not add much to their insurance costs. The major problem remains the threat of chemical, biological, nuclear and radiological attacks on high profile structures or businesses with large concentrations of employees.

Terrorism Risk Insurance Extension Act of 2005
The government passed legislation extending the Terrorism Risk Insurance Act until December 31, 2007. The government has set aside up to $25 Billion in 2006 and $27.5 Billion in 2007 as a backstop for insurers. If you are interested in reading the actual bill, computer users may find a copy of the Act at https://www.treasury.gov/resource-center/fin-mkts/Documents/tria_pl-109-144.pdf (or call us and we will email you a copy of the Act). 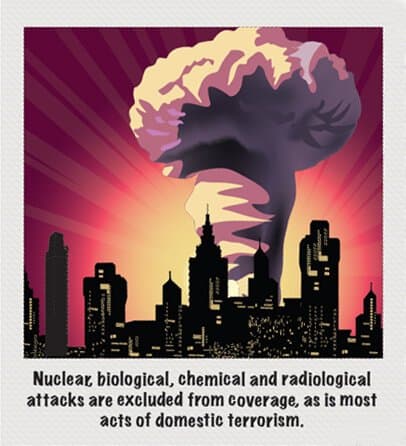 Under what circumstances is there coverage?
For the terrorism coverage to be triggered under TRIA for commercial policies, a terrorist attack has to be declared a "certified act" by the Secretary of the Treasury.

On some policies a doctrine know as "fire following" applies. This means that in the event of a terrorist-caused explosion followed by fire, insurers could be liable to pay out losses attributable to the fire (but not the explosion) even if an apartment owner had not purchased terrorism coverage. Insurers are now seeking to limit fire coverage resulting from a terrorist attack, because commercial policyholders that choose to reject TRIA or other terrorism coverage are effectively paying no premium for the protection offered by fire-following coverage. So far, seven states have amended their standard fire policy laws to exclude acts of terrorism.

What is not covered?
There are long-standing restrictions regarding war coverage and nuclear, biological, chemical and radiological (NBCR) events in both personal and commercial insurance policies.

War-risk exclusions reflect the realization that damage from acts of war is fundamentally uninsurable. No formal declaration of war by Congress is required for the war risk exclusion to apply. Nuclear, biological, chemical and radiological attacks are another example of catastrophic events that are fundamentally uninsurable due to the nature of the risk. Under the Terrorism Risk Insurance Act (see below), if some NBCR exclusions are permitted by a state, an insurer does not have to make available the excluded coverage.

For apartment owners, this means that nuclear, biological, chemical, and radiological attacks are excluded although biological coverage can sometimes be bought back from private insurance companies…at a price.

Business Interruption Insurance
Property damage to commercial buildings from a terrorist attack also may include claims for business interruption. Business interruption insurance (sometimes referred to as business income coverage) covers financial losses that occur when a firm is forced to suspend business operations either due to direct damage to its premises or because civil authorities limit access to an area after the attack and those actions prevent entry to the business premises. Coverage depends on the individual policy, but typically begins after a waiting period or "time deductible" of two to three days and lasts for a period of two weeks to several months.

Business interruption losses associated with acts of civil authority (e.g., closure of certain area around the disaster) can only be triggered when there is physical loss or damage arising from a covered peril (e.g., explosion, fire, smoke, etc.) within the area affected by the declaration. The loss/damage need not occur to the insured premises specifically. Reductions in business income associated with fear of traveling to a location, in addition to closure to areas by authorities because of a heightened state of alert, would not be covered by business interruption policies. 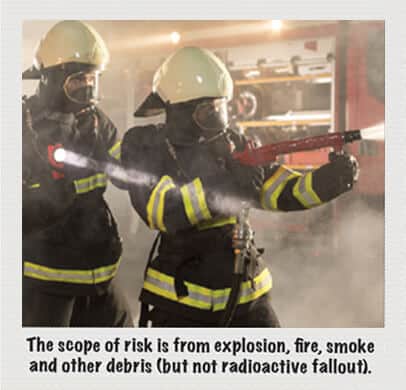 There are essentially three types of workers compensation benefits. The first reimburses workers for lost wages while they recover from their injuries. The second covers workers for all medical expenses incurred as a result of the injuries they sustain. The third type of benefit provides payments to the families of workers killed on the job.

Life/health and disability insurance policies may provide coverage for loss of life, injury or sickness to individuals in the event of a terrorist attack.

Should You Buy or Pass on the offer for Terrorism Insurance?
Whatever the decision, most carriers invoke a "do or die" rule that the coverage may only be purchased or rejected on the effective date of coverage. If you think you want to buy coverage, you must do it at the time you renew your policy. If you change your mind, you can not go back to add the coverage later. On the other hand, if you buy the coverage, and then have buyer’s remorse, you are stuck since the companies generally will not cancel the terrorism endorsement.

Since nuclear, biological, chemical and radiological attacks are excluded from coverage, the scope of risk is from explosion, fire, smoke and other debris (but not radioactive fallout). If your concern happens to be radioactive fallout from a dirty bomb explosion, for example, and your apartment building is located on the outskirts of the city, terrorism insurance will not offer you that protection.

Most policies also exclude for domestic acts of terrorism. If another Timothy McVeigh ever wreaked havoc upon another building, it is likely the act would be excluded. Only foreign acts of terrorism are covered by the coverage.

One consequence of the 9-11 attacks were the giant clouds of dust that swept through southern Manhattan’s financial district, containing pollutants such as asbestos and other toxic materials. An explosion nearby an apartment building would cause an evacuation and a business income loss as well as pollution cleanup expenses.

In a post 9-11 world, we live in an age when we can no longer take it for granted that our oceans will protect us. With a porous border and tensions between the west and Middle East at an all-time high, it may just be worth parting with a few dollars to spare yourself the gamble and avail yourself to a good government program. Apartment sales prices in 2015 hit record highs in many areas throughout L.A. and Orange County. As real estate brokers, we had a great year in 2015, assisting our clients with getting their properties sold for handsome profits and setting local market pricing trends. By understanding the market trends and real estate cycles, we have been able to assist clients to leverage value and cash-in on these record level returns. 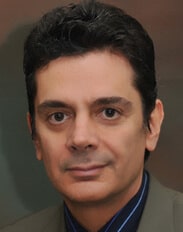