QUESTION I’ve always treated my resident managers as independent contractors, just swapped out rent for management services, seemed easier to just swap out rent for services, less paperwork, less hassle, seemed to work just fine for years. I understand that there have been some changes in the law and that I’m not supposed to do it that way any longer, is that true?

ANSWER Yes, there have been some changes in the law the past couple of years regarding the relationship between a resident manager and the owner or management company employer. There has been a huge increase in labor board claims and litigation against landlords regarding this issue, in part due to the outrageous penalties, fees, costs and other damages that can be awarded due to noncompliance. Claims typically range from $50,000 to over $300,000! A resident manager is an employee of the owner or management company, not an independent contractor. A written manager’s agreement, voluntarily signed by the employer and the resident manager is very important; ensure that you are using the most current form provided by your local apartment association. If the manager does not agree in writing that the reduced or free rent is to be credited against the manager’s wages otherwise owed under California’s minimum wage law, then that credit is illegal and the manager must be retroactively paid for each hour worked, in some cases going back four years. Most agreements will require that the employee prepare and submit a record, or a log, of days and hours worked. California law requires the employer to maintain time records of total hours worked per day and document when the employee started and stopped work each day. In addition, the employer should require a signed certification from the manager detailing the total hours worked during the preceding pay period. If a manager is required to live on site as a condition of employment, then the maximum credit that the owner or management company may apply to the resident manager’s wages which would otherwise be due was the lower of two thirds of the market rent or $508.38 per month for a single manager and $752.02 per month for a couple for the calendar year 2015. These monthly amounts increased to the lower of two thirds of the market rent or $564.81 and $835.49 respectively this past January 1, 2016. Ensure that the hourly rate used complies with the minimum wage laws, for 2015 it was $9.00 per hour, and is now $10.00 per hour effective January 1, 2016. And if that is not all to contend with, every employer must provide all employees who work thirty days or more per year with paid sick leave. Sick days will accrue at a rate of one hour for every 30 hours worked. For example, employees who work 90 hours in one month would accrue three hours of paid sick leave for that month. An employer may limit the employee’s use of paid sick days to 24 hours (or three days) in each year of employment. Employees are entitled to use accrued paid sick days as early as the ninetieth day of employment. Accrued but unused paid sick days carry over to the following year of employment. Additionally, in the event employers require that their employees use their personal cell phones to perform their duties, then the employer must reimburse for a reasonable percentage of the employee’s phone bill. Lots of stuff to keep in mind, contact a qualified labor law attorney for further clarification.

QUESTION I just received a very strange letter. Seems my local police department has identified one of my residents as an undesirable; they say he’s suspected of being a gang banger and is dealing drugs and tagging the neighborhood. They say that if I don’t evict him, the police will prosecute me for allowing a criminal to operate on my property. I may even lose my property! The family has been there for several years, other than a couple bounced checks they have been model tenants. This is the first I’ve heard of this, no one has ever complained before, no complaints, no drugs, and no graffiti or tagging around my building, Help! I can’t afford a vacancy right now, and I think that the police might be wrong, what do I do?

ANSWER In this upside down and crazy world we live in today, this actually is a growing trend in law enforcement. With a revolving door judicial system acting more like a ‘catch and release’ fishing excursion than one that metes out consequences for truly bad behavior, law enforcement is focusing on the easier prey, landlords, in controlling crime in their jurisdictions. Rather than prosecute the criminal, go figure, many law enforcement agencies are taking the lazy way out and threatening the law abiding landlord, forcing them to evict the resident. Rather than locking up the bad guys, seems like the current trend is to simply shuffle them off to another community. If the police are certain he is dealing drugs and tagging, seems like the right thing to do would be to arrest him, prosecute him fully and send him off to the “gray bar hotel.” If the letter you received is inconsistent with your experience with your resident, follow up with the police department by asking for documentation supporting their claim. Ask them to provide specific incidents, dates and times of wrongdoing. Have there been arrests on the property? Have illegal drugs been found there? Ask the office to identify any witnesses that would be willing to testify in court, if necessary. Ask other residents in the building, gather independent information. If the information you gather supports your resident’s involvement in criminal activity, take action immediately. Consult your attorney to determine if you have enough facts to support a three day nuisance notice, or if a thirty day or a sixty day notice is appropriate. Remember, a letter from the police department is not sufficient evidence in court to base a nuisance notice on; testimony from percipient witnesses will be required in the event the resident contests the unlawful detainer action.

QUESTION I’ve been thinking of installing a drop box somewhere on my property so that the residents can put their rent checks in it. I’m thinking I’ll save them a stamp and get the rents sooner. Any problem with doing this?

ANSWER Many landlords do exactly that, most with absolutely no problems whatsoever. If you are considering the practice, it is very important to install a secure box that cannot be removed or broken into, and provide your residents with written procedures regarding the use of the drop box. Specifically, inform the residents that use of the box is optional; that they may use it for their convenience, but that there always is a risk of loss or theft. Rent will not be considered paid until you actually receive their check. And of course, never deposit cash. Also provide the residents with a physical address where they can personally deliver the rent, not a PO Box, if they prefer not to deposit the rent into the drop box. By not requiring the use of the drop box, the resident will bear the risk of loss, until you actually receive the rent. If you mandate the use of a drop box, and fail to provide a physical address for payment, or require payment to be made to a PO Box, courts will find that the risk of loss transfers to you upon their placement in the drop box, or in the mail. 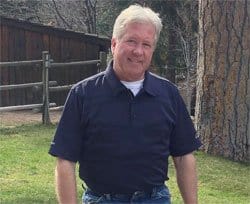 This article is presented in a general nature to address typical landlord tenant legal issues. Specific inquiries regarding a particular situation should be addressed to your attorney. The Duringer Law Group, PLC, one of the largest and most experienced landlord tenant law firms, has successfully handled over 225,000 landlord tenant matters throughout California, and has collected over $130,000,000.00 in debt since 1988. The firm may be reached at 714.279.1100, toll free at 800.829.6994 or 877.387.4643. Visit www.DuringerLaw.com for more information.

Read more
Web Beat #101
SHOULD YOU RENOVATE YOUR INVESTMENT PROPERTY? Data from Mortgage Choice shows more than 75 per cent of...
Read more
APARTMENT SALES
Cashing In On Record High Prices! Apartment sales prices in 2015 hit record highs in many areas...
Read more
Taxes: Flexible...
Flexible Planning For Wealth By: D. Michael Trainotti A family trust is the vehicle that is used to...
Read more
What is the “Pain...
By: Christopher Miller, MBA, Specialized Wealth Management At a trade show recently, I spoke with a...
Read more
Insurance
Should You Buy Terrorism Insurance? By: Eric Paulos, Certified Insurance Counselor and Risk...
Read more
1031 EXCHANGE:...
By: William L. Exeter President/CEO of Exeter 1031 Exchange Services, LLC. Q: Waiting period between a...
Read more
Selecting a Property...
By: Bob Machado, President and owner of HomePointe Property Management There are four important...
Read more
Reaching the Millennial...
By: Michael Slovin Vice President, XFINITY Communities In December 2015, Nielsen released its latest...