Home · Property Management · Latest News · Will too many apartments pinch the rental market?

Apartments are still filling up, but the red hot rental market is starting to cool, if just slightly. 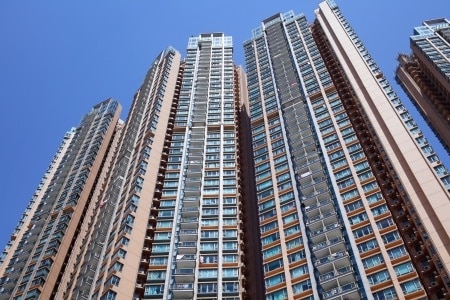 After apartment vacancies rose for the first time in five years during the summer, the second half of the year saw little change as vacancies remained flat in the fourth quarter, though still near historical lows.

“It’s really starting to transition, and not so much because of demand,” said Ryan Severino, a senior economist at Reis, a commercial real estate analytics firm.

The question is whether new construction, and a possible oversupply of apartments, will pinch what has been a robust national rental market.

After all, last year saw the most apartment construction since 2001, with 161,518 new units delivered, according to Reis. Cities like Houston, Austin and Washington, D.C., are seeing an apartment boom, which could start to ease rising rents.

“We work in an industry that has a huge propensity to overbuild.” Severino said. “I don’t think it’s going to be a massive overbuilding, but I do think even with demographics so favorable it’s going to be difficult if not impossible for demand to keep pace with supply.”

Still, landlords are able to collect higher rents, which rose 3.5 percent in 2014, the best performance since 2007. Rents are setting new records, and the improving labor market, including faster wage growth, will give landlords at least in the short term more leverage to raise rents.

“It is surprising, and an outlier, to have a strengthening fourth quarter when everyone is going home for the holidays,” said Alexander Goldfarb, an analyst with Sandler O’Neill. “Rent (price) growth in 2014 surprised everyone.”

But as developers start to see too many cranes in major urban markets, they are now setting their sights, too, on the suburbs, where there has not been a building boom and where potential returns are far higher.

Both Avalon Bay and Essex Property Trust are starting to focus their investment dollars on the suburban markets. Essex, which is concentrated on the West Coast, is especially well-positioned.

“Housing is unaffordable in San Francisco, so Essex has been capitalizing on the fact that rent growth has been tremendous,” Goldfarb said. “In their development projects, the yields have been way above what they expected.”

On the flip side, multifamily real estate developers who also invest on the East Coast, like Equity Residential, are finding the competition from condominium developers in New York City fierce. Both land and labor are now so expensive that the numbers don’t work.

Demographics still favor renting, with the enormous millennial generation now getting jobs at a faster clip and household formation still skewed from home ownership. There is clearly a bias toward renting, especially with home price growth still so great and lending still historically tight.

Unlike the single-family housing market, multifamily did not see a boom. In fact, in 2009 and 2010, developers were building so few new units that when factoring in apartments that became obsolete, the nation actually saw a net loss of apartments.

“I don’t think it’s overbuilt. You’ve definitely had a dramatic shift,” said Goldfarb. “Apart from Manhattan, most people don’t want to rent in a 60-year-old building. They want new construction.”

This is the original article as found on CNBC.com