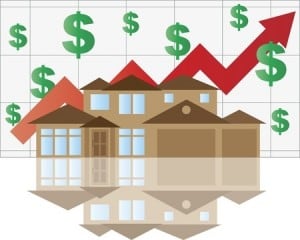 The U.S. homeownership rate has bounced back from a 51-year low in the second quarter of 2016 and has held steady for the remainder of the year. Of the 1.2 million households occupied during the period, more were owners (63.7%) than were renters (36.2%), a positive sign for housing’s recovery. The cycle high homeownership rate was 69.1% in the first quarter of 2005.

Other housing market reports out this week paint a more complex picture of the sector’s recovery as elevated mortgage rates and continued home-price increases challenge buyers, while a skilled-labor shortage and high lot development costs have raised the stakes for builders looking to get it on growing demand.

Existing-home sales are facing a similar predicament, falling 2.8% in December to an adjusted annual rate of 5.49 million and facing a 3.6-month supply of unsold properties in the pipeline.

Limited supply and rising prices — together an indicator of growing demand — have builders optimistic. The National Association of Home Builders/Wells Fargo Housing Market Index fell two points in January to a mark of 67, well above the break-even score of 50, while its measures of current and future sales expectations also slipped but came in above 70.