Surprising Cities Where Rents Are Rising the Most 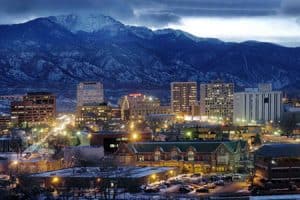 It shouldn’t come as a big shock that as the cost of buying a home goes up, rents are also rising.

But what may come as a surprise are the cities seeing the largest rent hikes. The cost of leasing a roof over one’s head may be sky-high in the red-hot coastal cities of New York, San Francisco, and Miami—but the biggest month-over-month increase was in—wait for it—Milwaukee.

Yes, rents jumped 15% from June to July in the home of Harley-Davidson, reaching an average of $1,010 for a one-bedroom apartment, according to a recent report from rental listings firm Abodo. However, rental prices were down 7% year over year.

Abodo looked at rental property data from more than 1 million available apartments across the country to come up with its findings.

While Milwaukee prices still aren’t anywhere near the heights of aforementioned New York and San Francisco, it’s still a lot for the Wisconsin city.

“There’s not a lot of rentals here. People usually just buy instead,” says real estate agent John Molitor of Coldwell Banker in the Milwaukee suburb of Glendale. “So prices are shooting up.”

The problem is getting worse as more homeowners sell the houses they had been leasing out after the housing bust, now that prices have recovered. And local companies like Milwaukee Tool have been expanding recently, boosting local employment but straining the already tight supply of available rentals.

Milwaukee isn’t the only Midwestern mecca to earn a spot on the list. Columbus, OH, was next up as rents rose 13%, to $857 for a one-bedroom abode, from June to July.

Another surprise was Staten Island, the sleepiest borough of New York City (by a wide margin), where rents rose 4%, earning the island the ninth place on the list (it was counted separately from the rest of the city).

The largest annual hikes were, unsurprisingly, in Silicon Valley’s San Jose, where they soared to a coronary event–inducing 21% in July, to an average $2,721 a month. But that was down 8% from June.

“With homeownership rates falling, it makes sense for landlords to continue to raise pricing on their rental units, especially in markets with tighter inventory,” says Abodo spokesman Sam Radbil. But “on the other side of the spectrum, many cities are actually experiencing rent decreases.”

In a spot of good news for renters and bad news for landlords, rental prices dropped the furthest in Charlotte, NC. They fell 14% from June to July, to $1,016, according to Abodo. Rents were also down 4% from the same time a year ago.

The city was followed by Oakland, CA, at 11%, and Seattle, at 9%. However, prices are up annually by 8% in Oakland and a heart-stopping 27% in Seattle.

“With construction at [higher levels] … we think that a steady decline in rent prices might be on the way,” Abodo’s Radbil says. “As vacancy rates increase and more rental units become available, prices should begin to decrease.”