The only sector continuing to perform well is multifamily. Vacancy rates for multifamily properties are falling and rents are expected to rise. 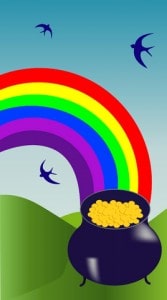 While still experiencing challenges, the commercial real estate market could see signs of steady improvement in the near future, specifically concerning lending. This is according to two economists at the Economic Issues and Commercial Real Estate Business Trends Forum at the 2010 REALTORS Conference & Expo in New Orleans today.

Banks profits have returned to healthy levels. As a result, it is inevitable they will return to the business they were created for, which is lending, said Yun. Commercial real estate has experienced a sharp price correction, but there is still a shortage of buyers because of lack of adequate capital resources.

Kelly pointed out that most commercial mortgages have been random and idiosyncratic, stressing that the lending environment should not remain that way. The banks are in the drivers seat, meaning they can cherry-pick deals and there is no stigma to turning away business, said Kelly. The capital flow in the commercial real estate market has been very selective. To achieve full recovery, lending practices must improve.

In addition to capital flow, the commercial market depends largely on job creation. Yun stated that since the beginning of 2010, 1 million jobs have been created, yet this number is not high enough. We have turned a corner and while some job creation is good, we are still at close to 10 percent unemployment, said Yun. According to Yun, the country needs to create much more than 100,000 jobs per month to have a meaningful impact on vacancy rates.

A majority of the commercial real estate sectors are still experiencing hardships with office and retail vacancies continuing to rise. However, Yun said with imports and exports in the U.S. rising, the demand for industrial space will improve. The only sector continuing to perform well is multifamily. Vacancy rates for multifamily properties are falling and rents are expected to rise. Yun said this was mostly due to home ownership rates falling and people postponing home purchases.

Yuns 2011 commercial forecast shows steady improvement in the market with rents stabilizing and net absorption slowly improving. Yun also predicts a moderate GDP expansion of 2 percent to 2.5 percent in the next two years and an unemployment rate of eight percent in 2012 and six percent in 2015.