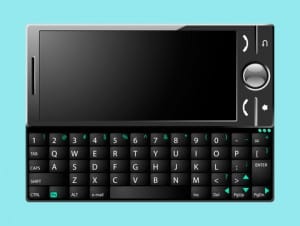 A Los Angeles man was featured in the news this week, explaining to reporters that he and his girlfriend are now homeless after he posted a series of  comments about his girlfriend’s landlord.

The boyfriend set up a Facebook page that includes at least 36 posts alleging the landlord is a slumlord and the building is neglected. That has prompted an eviction action, and a lawsuit for defamation.

According to the report, the girlfriend and her mother lived in the residence for 20 years. The landlord has owned the property for the past two years. The landlord’s lawyer says it is working on any needed repairs, but that the condition of the unit was caused by the boyfriend’s DIY work there. Specifically, the landlord says that carpeting was pulled up, a wall removed, holes made in walls, and that the kitchen cabinets have been removed, according to the report.

The landlord had agreed to pay for a hotel for the girlfriend and her mother to stay while the unit was being renovated. However, the negative comments and alleged threats made during renovation resulted in the landlord  stopping the payments and instead serving the girlfriend with an eviction notice.  The boyfriend is not an authorized resident. The mother has been allowed back into the property, according to the report.

This is not the first time landlords have taken to the courts to overcome negative publicity. Four years ago, a Chicago tenant was sued for tweeting that the apartment she lived in was riddled with mold. While the suit was eventually dismissed, many legal scholars criticized the court for not fully appreciating the damage that can occur on social media sites like Twitter.

While many people feel they have the right to free speech online, that’s not always the way courts interpret derogatory comments about businesses. For instance, a California Appellate Court allowed a landlord to proceed with a defamation case against a former tenant for posting a negative review in Yelp. The tenant claimed that his words were his opinion, and therefore couldn’t be defamatory. But the court found that such comments could be construed as facts. In that case, the tenant called the landlord a “sociopath” and suggested that made him dangerous. The landlord claimed that he could prove with medical evidence that the allegation is untrue.

Online comments can be surprisingly damaging to a landlords reputation, and in turn, the ability to fill vacancies. Because of the direct financial consequences, it’s a good idea to watch what is happening online.  Otherwise, apartment seekers only see the tenant’s side of the story, and that can have long-lasting consequences.

Typically, only the poster can take down false comments posted online. Many online rating services allow the landlord to publish a reply, or to object if the statements made are inflammatory or clearly untrue. By publicly protesting, readers are better able to judge the credibility of the tenant’s comments.

It is also possible to go after the tenant for false making false statements. To prove defamation, a landlord has to show that the statements aren’t true, so it helps to be on the right side of the facts. Landlords also have to prove that their reputation was damaged, so if you feel you’ve been wronged by an online comment or review, be sure to keep goods records of responses to ads and other contacts with applicants and tenants.

Victims who sue for defamation run the risk of drawing more attention to the controversy. At the same time, fighting back can show that the landlord is offended by the false allegations, which can win over viewers on the site.

Damages for defamation can include lost profits, and in some states, punitive damages can be awarded.

Read more
COVID-19 Led to Higher...
Student housing operators were adversely affected by the COVID-19 pandemic in 2020, according to a...
Read more
Apartment Amenities Get...
Although government requirements related to the pandemic have lifted, not everyone is ready to return...
Read more
Paycheck Protection...
Federal ruling in Michigan is a big, wide-ranging win for the leading trade association. A federal...
Read more
Housing Affordability...
The surge in single-family construction means there are now more residential homes being developed...
Read more
What Apartment Owners...
Apartment owners must ensure that they are meeting necessary requirements, like venting and cleaning,...
Read more
What’s Driving the...
Rent increases of 20% or more are making life difficult for low-income tenants in many cities, just...
Read more
Oakland is Officially...
San Francisco's two-bedroom rents are trending down significantly. San Francisco's infamous...
Read more
The Most Expensive...
Got an extra 10 grand burning a whole in your Gucci wallet every month? This just might be the San...