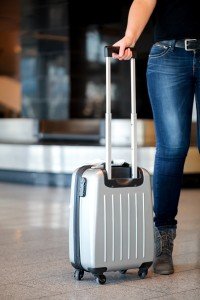 Local crackdowns on short-term housing rentals have ignited a fight in Michigan’s Capitol, with homeowners and lobbyists lining up for and against legislation that would allow the rentals in all residential zones and prohibit treating them differently through zoning.

The bills are being pushed by the Michigan Realtors group, which accuses municipalities of trampling on property rights with overly restrictive and unfair rules. On the other side are lodging, tourism and local officials who worry about the unrestrained growth of short-term vacation rentals through online platforms such as Airbnb and HomeAway. Each community, they contend, should be free to regulate the rentals as they see fit without state interference.

Short-term rentals have become an increasingly contentious issue at the local level, especially in summer tourist destinations along Lake Michigan. Grand Rapids, Traverse City, Holland and Grand Haven are among communities with regulations such as requiring owner occupancy or special use permits.

The legislation would define a short-term rental as any rental of a single-family residence, one- to four-family house or any condo lasting under 28 days at a time. The rental of a dwelling would be deemed a residential and permitted use in all residential zones statewide. It could not be deemed a commercial use of property. Local regulations for noise, advertising, traffic and “other conditions” would be allowed if applied consistently.

Supporters and opponents are mobilizing ahead of potential legislative hearings on the House and Senate bills this fall. The Realtors association — whose political action committee is among the most prolific fundraisers of cash that can be spent on candidates and elections, according to the Michigan Campaign Finance Network — has run one-minute radio ads across the state. Tourism and local leaders held a news conference with some frustrated lakeside homeowners in recent days to express their “deep concerns” with the legislation.

“This is a one-size-fits-all solution being imposed out of Lansing and it isn’t the right way to go,” said Deanna Richeson, president and CEO of the Michigan Lodging and Tourism Association, which says the bills would silence the concerns of year-round residents. It worries that unregulated short-term rentals undercut hotels and the tax base.

Suzanne Schulz, managing director of design, development and community engagement for the city of Grand Rapids, said homes in residential neighborhoods are increasingly being “converted into hotels” by people who own multiple properties — making it even tougher for families to find affordable housing in tight markets particularly in Grand Rapids, Ann Arbor and Traverse City.

But the bills’ backers say cities and townships have overstepped and should instead address nuisance and occupancy complaints through enforcement actions. Real estate agents report uncertainty by potential homebuyers who are anxious about being unable to rent out their second home to help cover the taxes and other expenses.

One of the bill sponsors, Republican Rep. Jason Sheppard of Temperance, said there are “a lot of misconceptions” about the legislation. The intent is to pre-empt local governments from banning short-term rentals through zoning while still allowing them to have registration and other policies, he said.

“If it’s your property and you own it, I think you should be allowed to do with it what you want to do with it — following guidelines. What those guidelines would be is occupancy guidelines, making sure you’re not being bad neighbors just like any other rental of a home,” Sheppard said.

Brian Westrin, public policy and legal affairs director for the Michigan Realtors, said communities have been reinterpreting their zoning laws, allowing short-term rentals in some zones but not others, or banning them as a commercial use.

“The bills are intended to do that one thing — prevent outright bans of this longstanding practice through zoning,” he said.

The issue is not just significant in western and northern Michigan. Two of Airbnb’s top four Michigan markets are Detroit and Ann Arbor.

Though the fate of the legislation is uncertain, it could receive a friendly reception from majority Republicans who have disregarded “local control” arguments when passing business-backed laws that overrode local wage requirements and plastic bag limits. Other pre-emption bills, such as a proposed ban on potential local food and beverage taxes, may be enacted soon.