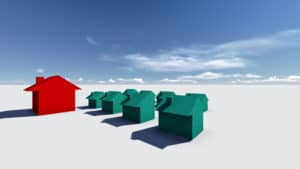 This year’s top cities in the “Emerging Trends in Real Estate 2018,” released Thursday by financial services provider PricewaterhouseCoopers and the Urban Land Institute were led by top-rated Seattle, followed by Austin, Texas and Salt Lake City at No. 3.

It was the Utah capital’s first top 10 ranking in the annual report, making it the least populous city to ever break into the top 10.

“The growing interest in smaller cities by real estate investors is influenced by their relative affordability, coupled with a concentration of young, skilled workers,” said report co-author Mitch Roschelle. “The diverse, robust economies of these smaller cities make them very desirable to investors.”

Roschelle noted that Salt Lake City’s combination of job growth and an increasing number of young professionals within its worker population has worked in its favor. He also noted that the cost of doing business is 12 percent lower than the national average, making Salt Lake City even more attractive to investors.

“(They’re) growing a population of young folks, and they’re finding jobs. Employers are coming and they need employees,” Roschelle said. “They need space for the employees. They’re renting space and driving the rents up. This is all the virtuous cycle that cities look for in terms of growing and expanding their economy.”

The move toward higher investment in small metro areas like Salt Lake City is one that is likely to continue for the foreseeable future, he said.

“The trend of smaller markets displacing larger ones as investment hubs is setting a new course for urban development that is reshaping cities across the nation,” said ULI Global CEO Patrick Phillips. “These cities are positioning themselves as highly competitive, in terms of livability, employment offerings, and recreational and cultural amenities.”

Historically Utah’s investment market has been dominated by local investors, with a portion coming from California, explained Eli Mills, senior vice president and investment specialist for the Salt Lake office of commercial real estate firm CBRE. This trend has changed significantly over the past three years to include a great deal of out-of-state and institutional buyers, he said.

“Typically, institutional investors will only invest in markets where they see the potential for high returns and good future growth,” he said. “Utah has shifted from a market that national and global investors research for potential investment, but do nothing about to a market where they are increasingly, actively investing their money.”