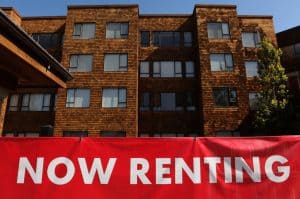 Along with a declining rate of homeownership, analysts have noted over the last few years that fewer Americans appear to be heavily invested in the dream of owning a home.  New research from Freddie Mac gives more credence to what a company official calls a historic shift in the preferences of older consumers.

Freddie Mac’s spring edition of its Profile of Today’s Renter finds that affordability is driving the rent-versus-buy decision process. Sixty-seven percent of renters who responded to the Profile survey viewed renting as more affordable than owning, including some of those in age groups that have long had the highest homeownership rates.  Among Baby Boomers, who are now aged 53 to 71, 73 percent of those who are non-homeowners said renting was more affordable.  Sixty seven percent of those renters who said they plan to continue as renters cited financial considerations as the reason, up from 59 percent in 2016.

David Brickman, executive vice president and head of Freddie Mac Multifamily, said “Perceptions of affordability and cost continue to play an outsized role in the choices of America’s renters, as they overwhelmingly see renting as more affordable and the right choice for them – right now.  Remarkably, half of baby boomers who rent do not anticipate owning a home in the future, with a growing number of Generation Xers following suit. Indeed, we are witnessing an historic shift in preference among older Americans, as they increasingly are choosing the size, convenience and affordability that renting offers over ownership.”

Even though the survey found a growing number of renters who said their economic situation has improved since the last survey, it also noted affordability was more of a concern.  The 67 percent of renters who plan to continue renting for financial reasons is even higher among Millennials, those 21 to 37 years old.  Seventy-four percent of that cohort expressed that opinion, up 15 points since 2016.  The percentage of multifamily renters (versus single-family renters) with that view jumped from 57 percent in 2016 to 68 percent today.  While the increase was apparent for all locations, it was more apparent among urban renters.

Sixty-six percent of renters are moderately or very satisfied with their renting experience, the highest such responses since 2016.  Among those who had experienced rent increases, 64 percent said they like where they live and have no intention of moving.  This response was significantly higher (70 percent) among Boomers than Millennials (59 percent.)

Most renters – 54 percent – continue to believe that renting is a good choice for them now, including 71 percent of millennials.

A companion survey found that cost concerns also play a major role in mobility and housing choices.  In that survey 64 percent of renters said price was the most important factor when considering their next home.  This answer was consistent across all age groups. It was also noted that, again regardless of age group, more renters perceived homeownership as less accessible than they did three years earlier.  Eighty-one percent of renters thought it would be difficult for them to buy a home, as compared to 38 percent who believe renting a home is difficult. Plans to continue renting remain relatively constant, with a majority (55 percent) of renters indicating they plan to continue doing so.

Renters living in the West have more issues of affordability than other respondents. Sixty-four percent said they are spending less on other essentials because of increasing rents. This was at least nine points higher than responses in any other region. Those renters also perceive homeownership as more difficult to attain than other regions, with 51 percent believing homeownership is less accessible than three years ago.

Brickman added, “Renter satisfaction remains high, but the continued shortage of supply and growing demand means more renters are looking at cost than ever before. Although it’s clear that the demand for rental housing will continue for the foreseeable future, this survey is also a reminder of the important role we play in financing low-income and workforce housing across the United States.”

The Renter Profile survey was conducted in February among 4,115 adults including 1,209 renters. The companion survey involved 2,600 respondents both owners and renters and took place in late November and early December 2017.  Both surveys were conducted online.