Renting, rather than owning, a home is a growing trend among Americans, particularly those exiting the job market and those just entering it, according to executives of Paradigm Financial Partners, a wealth advisory firm in Westport, Conn.

Retirees and near retirees are downsizing, but instead of buying a smaller home, many are renting, says Lee Rawiszer, a founder of Paradigm. Thirty-three percent of today’s renters are now over the age of 41, compared with 20 percent two years ago, Rawiszer says.

Some 2.2 million people age 65 and older are projected to become renters in the next decade, which is roughly half of the new renters who will enter the rental market, he adds. In addition, 52 percent of the seniors currently between the ages of 65 and 80 became renters after downsizing, according to the National Apartment Association.

Many of these people are renting because they need the added money a home sale can provide to boost their retirement portfolio, he says.

At the same time, more millennials are being forced to rent, partially because of student loan debts, which prevent them from saving the necessary 20 percent down payment that many banks and mortgage companies require, Rawiszer says.

“Not all baby boomers’ portfolios have recovered from the recession and they are using money from a home sale to increase the portfolios,” he says. “They have more liquidity this way, but it does not necessarily mean they are better off. They just need a portfolio that yields more income for living expenses.”

“Interest rates have been at an all-time low for a long time now,” adds Paul Volpe, managing director at Paradigm Financial, “but money is still not easy to get. Loans are just not being granted.”

“Baby boomers and millennials represent half of the U.S. population and approximately 35 percent of them are renting, which means they do not have equity in a home,” Volpe says.

From the investors’ side of the market, the situation means there is an opportunity to invest in rental units. Institutional investors are already taking advantage of the situation and the two executives expect the trend to trickle down to high-net-worth investors and then to others. A shortage of rental units is predicted until at least 2023, they say. 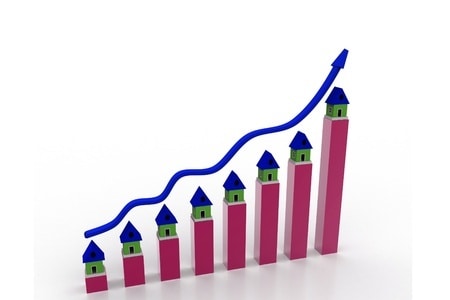 This article originally appeared on FA-MAG.com