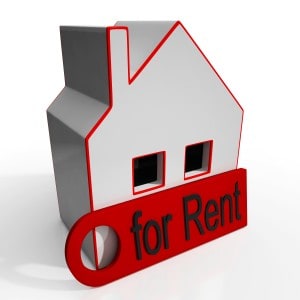 Neighborhoods that have been revitalized in recent years are now facing the risk of decline due to the movement toward stricter rent regulations, according to Lee & Associates’ Adam Frisch.

Ever since states such as Oregon and New York as well as various municipalities across California have begun enacting stringent rent reform, I can’t help but notice the difference in economic education that has been offered to Millennials vs. those who have lived through the 1960s, 1970s and 1980s. Today, various young politicians on city councils and state legislatures as well as members of housing authorities and advocacy groups think that rent reform and so-called “tenant protection” measures should be enacted at all costs. Little do they know that what they think are such benevolent policies are actually wreaking havoc on the free market and may actually lead to a regression of the community revitalization that has been happening in places such as Harlem and Oakland. An intriguing study published earlier this year in the American Economic Association’s Papers and Proceedings examined the effects of sudden rent decontrol in Cambridge, Mass., in 1995 and how this policy caused overall crime to fall by 16 percent.

Those who didn’t live through past decades, namely the 1970s, don’t remember rent regulations being so harsh that neighborhoods were abandoned by investors due to low property values and subsequently filled with criminal activity. Governments have since spent years and countless resources attempting to rectify these policies. However, their progress is now being threatened by forces such as advocacy groups in New York that successfully lobbied for security deposit reform and nearly placed caps on brokers’ fees as well. These individuals cannot envision a world in which owners aren’t financially motivated to keep residential buildings in tip-top shape. Unfortunately, this is exactly what will happen if these reforms continue to be passed!

In the current political and economic environment, we are on a precipice. If Oregon, New York and other cities and states continue to enact these policies, we may be headed towards a return to massive unrest in the inner cities. More people will move their assets out of highly regulated states into less regulated ones. Already, we are seeing investors pull out of Oregon and New York and move to states such as Arizona and Texas. Years ago, many people put money into buildings with the thought that they would eventually be able to move rent-stabilized tenants out when the tenants passed away. Now, these investors may be forced to cash out their assets and will likely only receive approximately half of what they originally paid.

There was always an implicit contract of sorts between the government and property owners that if these investors were to buy and maintain certain buildings, then they would eventually be rewarded with deregulated apartments. Clearly, this contract has now been broken. Although this change has been occurring gradually over the past decade, I have found it most shocking in the past year how many politicians have not only tolerated but instead moved to embrace rent regulation policies that were discredited more than 40 years ago. The original goal was to phase out rent regulation gradually and protect tenants from harassment by property owners in the process. At the time, both sides of the political aisle seemed to agree that this was a noble goal. Unfortunately, rent regulation has now been made permanent rather than phased being out. To be honest, I am quite fearful that we will soon see a decline in cities and neighborhoods that have just recently been revitalized and are now thriving, safe communities. I suppose that only time will tell how soon the younger generations will figure out that total rent regulation isn’t the answer to widespread improvement of the residential housing landscape.