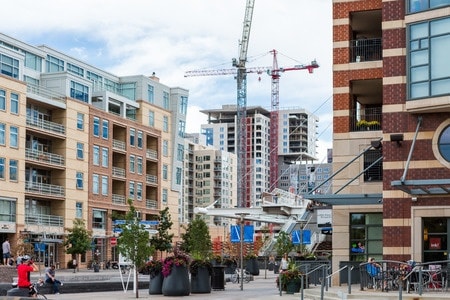 A state senator from Denver has introduced a bill intended to keep landlords from asking about prospective tenants’ right to be in the United States or disclosing such information to immigration authorities.

Sen. Julie Gonzales proposed the Immigrant Tenant Protection Act, introduced Jan. 15, after a lawyer in her district described to her the experience of two clients who had applied to rent an apartment near Union Station managed by Greystar, a global real estate company.

The couple included a Mexican man who was a legal U.S. resident with a green card and a Social Security number when he and his American-born husband filled out an application for the apartment in late 2018. The Mexican man, who later became a naturalized American, conveyed his citizenship status to a Greystar manager who in turn asked him to fill out an extra form: the “Supplemental Rental Application for Non-U.S. Citizens.”

The heading of the form, which bears the logo of the National Apartment Association, a trade group, informs prospective tenants that the document’s purposes include “verifying that you are lawfully in the United States” and enabling landlords “to better cooperate with government officials in the performance of their duties, when requested.”

“We don’t anticipate sharing this Supplemental Application with anyone except government officials who might inquire about you,” the heading concludes.

The form also asks for identity, immigration status and other information. The questions include: “Have you ever been asked or ordered by a representative of any government to leave the U.S. or any other country? If yes, please state when and what country or countries (list all).”

Gonzales said when she heard the story, she thought, “How is this possible in the state of Colorado?”

“It just struck me as extraordinarily discriminatory,” she said.

Andrew Hamrick,  the lawyer for the Apartment Association of Metro Denver and the Colorado Apartment Association, said landlords were seeking not to discriminate, but to protect themselves from the risk of a tenant leaving — and ceasing to pay rent — before a lease expires.

Laura Wolf, the lawyer who brought the case to Gonzales’s attention, said landlords have other means, including credit and background checks, to determine whether a potential tenant will fulfill the terms of the lease. U.S. citizens also break leases, she said, questioning why immigrants should have to overcome an extra hurdle.

Gonzales’s proposal addresses what Wolf’s clients faced as well as other concerns, including reports that landlords have threatened to report tenants to immigration authorities in order to silence residents with complaints about problems with their apartments.

Lawyer Jason Legg, who was not involved with the drafting of Gonzales’s proposal, said many tenants he has advised have reported such threats.

Legg said some landlords seem to seek out immigrant tenants because “it’s easy to take advantage of them.”

Hamrick, the lawyer for the landlord industry, said immigrants were an important segment of the market.

“There’s a lot of people without lawful status who are living somewhere,” Hamrick said.

Gonzales said she had not reached out to landlords’ groups while drafting her legislation. She would, she said, work with landlords and others as her bill makes its way through the legislature.

Her proposal would allow tenants who believe landlords have violated their rights to file civil suits seeking compensation for injury or monetary losses, a penalty of up to $2,000 for each violation and attorney’s fees. Lawyer Legg noted that getting legal representation is out of reach of many tenants, and that he would prefer Gonzales’s measure include a mechanism allowing the attorney general to intervene on behalf of renters.

Wolf said her clients’ case was just one example of the challenges faced by Colorado’s large immigrant population.

“I think we’ve uncovered a lot more than what we were expecting,” she said.

While the Mexican man completed the form and Wolf’s clients’ application was eventually approved, the couple decided not to take the apartment.

They found the application process lengthy and stressful and questioned whether they were facing discrimination.

Greystar referred Denverite to the National Apartment Association. In an email, senior vice president of industry operations Amy Groff said: “Owners and managers need to ensure that potential residents who enter into the lease contract are legally permitted to be in the U.S. for the full term of the lease. This is a common business practice to ensure that the potential resident will be able to fulfill the terms of the contract.”

“Because of fair housing laws you don’t want on-site staff attempting to determine on their own who may or may not be a citizen,” Groff said.

Wolf’s clients took their case to the Colorado Civil Rights Commission, which in a decision issued last month said it found “insufficient evidence” of discrimination. But the decision said the application form given to immigrants “appears to create a chilling effect on obtaining housing by persons who are not U.S. citizens. However, citizenship is not a protected class under the Fair Housing Act or the Colorado Anti-Discrimination Act.”