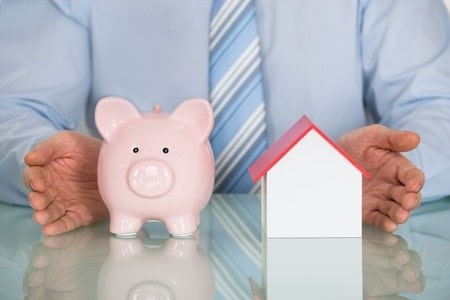 Minneapolis landlord Steve Meldahl drilled out the screws securing the door of 3335 Oliver Av. N. and stepped inside.

A few days earlier, the family he evicted had moved out. Inside, land mines of dog feces and visibly smeared diapers dotted the carpet. An old mattress lay in the living room. The kitchen cabinet doors were gone. A massive hole in the ceiling was partly covered by sheetrock, and the floors were littered with cigarette butts, piles of shoes and dirty clothes.

For Meldahl, this is a mild version of what he typically sees after evicting a tenant from his property. He said it debunks allegations that he doesn’t maintain his properties.

“The people that pay on time maintain the properties,” Meldahl said. With families that don’t pay on time, “95% of the time … when they leave the place is a mess.”

But Meldahl, 69, has his own record to defend among Minneapolis officials and lawyers at Hennepin County’s housing court. The city has cited him for more than 1,300 housing code violations at his rental properties since 2009, according to the Minnesota Attorney General’s Office. He’s been cited for mice, cockroaches, junked cars, uncut grass, lead hazards and other neglected repairs.

In 40-plus years as a landlord, Meldahl relishes his fights with City Hall. But now he is facing a new opponent: Attorney General Keith Ellison. A lawsuit, filed by the office in October, challenges Meldahl’s practices under the authority of the state’s fraud and consumer protection laws.

The attorney general’s complaint said Meldahl requires his tenants to pay large security deposits, refuses to make repairs to his 25 properties in north Minneapolis and makes his tenants pay $100 extra if they call city inspectors. The courts have granted orders preventing Meldahl from retaliating against tenants or forcing them to pay for or otherwise maintain his properties, and stopping him from permanently increasing a tenant’s rent for being late with rent. Meldahl has switched to a standard Minnesota lease instead of the one he initially wrote himself.

“This is a very wealthy, highly empowered individual claiming to be a victim, and honestly I find it disgusting,” Ellison said.

He pointed to the news conference announcing the lawsuit where four of Meldahl’s former tenants spoke about mice infestations, intimidation, excessive fees and retaliation for speaking out.

Meldahl points the finger at lawyers representing the tenants. “I think the attorney general has probably been kind of, I wouldn’t say duped, but swayed by the Mid-Minnesota Legal Aid,” he said.

Mark Iris, a housing attorney with Mid-Minnesota Legal Aid, rejects that argument. “If we were feeding the narratives, how would we have court orders?”

Iris welcomes the attorney general’s involvement, saying it’s harder to effect systemic change needed for tenants with individual eviction cases because clients are often behind on rent, something that’s hard to argue against in housing court.

Meldahl “finds people that are vulnerable or in bad spots so they’re not going to push back and be assertive,” Iris said.

Kim Keller, director of regulatory services for city of Minneapolis, said that despite Meldahl’s history, the city has sought solutions other than revoking his rental licenses, which would mean displacing tenants and cutting off income for property owners.

“It’s an incredibly challenging job to tell someone they’re losing their home, it’s a human toll, it’s a lose-lose all around,” Keller said.

Meldahl says city inspectors and others don’t understand what it’s like to be in his shoes.

His days are often filled with checking on his properties, picking up equipment and other materials, doing repairs, paying his contractors and going to housing court. He takes several photos of every room before a tenant moves in. He stopped putting washers and dryers in his properties after they kept getting stolen and installed splash guards in the tubs to keep water from seeping through the floor and damaging the wood underneath.

More than half of his tenants are single mothers, and Meldahl acknowledges that “it just takes one bad thing to happen” like a car accident or decreased work hours to make paying rent a challenge.

But he says he’s left repairing the damage that some evicted tenants leave behind. There’s the one who plugged the sink and tub drains with rags, ran the faucets and flooded the house. Meldahl said he had to dive into the freezing water in the basement to turn off the water valve. There’s the tenant whose friend had “cameras running everywhere and was selling drugs” on his property. There’s the tenant who smashed an iron through the walls and refrigerator door.

Despite the allegations against him, Meldahl said he still receives between five or 10 calls a week from people looking for a place to live. He said he has invited attorneys and City Council members to see what the homes look like before and after tenants move in and out, but no one has taken him up on the offer.

“They don’t want to see the product because it doesn’t fit their narrative,” Meldahl said. “The narrative is that I don’t fix anything, they’re living in squalor and that’s not the case.”

Meldahl said he encourages tenants to e-mail him or drop a note at his shop about any repair needs they have. In previous years, he’s tried to keep rent below the market rate and would often put tenants on month-to-month leases if they asked. He said “there’s just no way” that he makes money off evictions and is often willing to make payment arrangements.