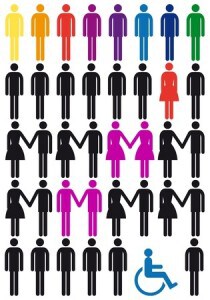 North Georgia landlords have apologized to the woman they evicted in 2018 because she invited black guests to the Adairsville home she was renting.

Reached by phone Friday, Patricia McCoy declined to comment. Staff in the office of Dawson-based Hugh Kemp, the McCoys’ attorney, said he also could not comment on the settlement.

According to the settlement agreement, the McCoys have admitted to making racist statements about Sutton’s black guests and evicting Sutton for inviting them to her home.

Attorneys for Sutton, who is white, sued the McCoys, arguing their actions violated the federal Civil Rights Act and the federal and state Fair Housing Acts. The American Civil Liberties Union of Georgia and the Cohen Milstein law firm filed the lawsuit on Sutton’s behalf.

“My landlord’s behavior was not just immoral, it was also illegal,” Sutton said in a statement. “I’m glad to see the McCoys are being held accountable and hope this settlement brings us one step closer to creating a more just society where people of all races can live together without fear.”

According to her lawsuit, Sutton moved into the property, which she was renting month-to-month,  in August 2017.

In September 2018, Sutton invited a black man and his then-5-year-old son over for a few play dates with her daughters — ages 9 and 2 at the time — before Allen McCoy appeared at her home and told her she would have to leave.

Sutton also recorded a conversation with Patricia McCoy in which she told her landlord she had not “done anything to deserve this.” Patricia McCoy was accused of saying: “Maybe you like black dogs, but I don’t. So just get your stuff and get out.”