So much for “renters by choice.” According to “Perceptions of Renting and Homeownership,” a recent survey commissioned by Freddie Mac, a solid majority of renters is clearly tempted by the lure of homeownership.

If the economy continues to improve, more of these renters will be able to buy homes. If they do, it will have a big impact on the demand for rental apartments.

Since the Great Recession, the apartment business has benefited from a steep drop in the homeownership rate, which fell in the United States to 64.4 percent in the third quarter 2014, down from 69.1 percent in 2005, according to Census data. That added millions of renters to the housing market. It’s not clear how high the homeownership rate will eventually get—though for most of the 1980s and ’90s the rate hovered around 65 percent.

Currently, nearly two-thirds of renters (62 percent) are effectively a captive audience—they described themselves as either “just getting by” and living paycheck to paycheck or “struggling,” so that they some 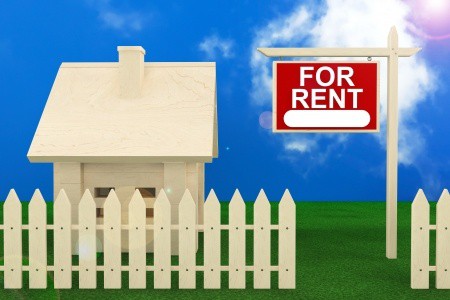 times don’t have enough money for basics, according the Freddie Mac survey. These renters are unlikely to save money for a down payment. Far fewer homeowners (38 percent) described themselves as just getting by or struggling.

So, how many of these renters would turn into homeowners if they could afford it? First, the bad news: not much more than one-third (37 percent) said that renting is “much more appealing” than owning a home. Nearly two-thirds (61 percent) said renting feels like “throwing your money away.”

But there is also a segment of renters who expect to continue renting simply because they do not want the responsibilities of owning a home (39 percent) or who feel that buying a home in the current market is not a good investment (14 percent).

The good news is that more than two-thirds of renters agreed that renting provides relief from home maintenance responsibilities (78 percent) and allows flexibility over where you live (68 percent).

Overall, 39 percent of all renters said they expect to purchase a home in the next three years, while 61 percent believe they will continue to rent in the next three years. Of the renters who expect to keep on renting, half (50 percent) said they probably couldn’t afford a down payment, more than a third said they couldn’t afford the likely monthly mortgage payments (38 percent) and less than a third cited their poor credit histories (31 percent).

Freddie Mac commissioned Harris Poll to conduct the online survey, which gathered responses from more than 2,000 U.S. adults in August 2014. Freddie Mac intends to do this type of research quarterly.

This article was obtained from National Real Estate Investor.