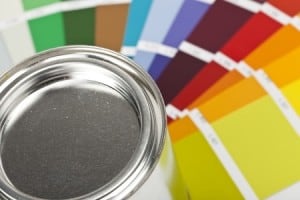 Landlords face a major fight as the City Council and the mayor’s office agreed last week that lead-paint laws are in need of an update. The council held a hearing on more than two dozen bills with little idea of what they would cost or whether they would work.

Lead exposure can lead to developmental delays in children, and while the number of kids testing positive has fallen around 90% since strict laws were enacted in 2004 and continues to decline, there were still 4,200 cases last year. Council Speaker Corey Johnson wants to get that number to zero.

“I believe it is a failure and a tragedy that children are still affected in a devastating way, potentially for the rest of their lives,” he said at the hearing.

High lead levels in children today almost always stem from exposure to old paint in private apartments in low-income areas. Public housing, where about 7% of New Yorkers live, accounts for 3% of cases but grabbed headlines when its leaders were caught lying about inspections. That prompted the council bills, nearly half of which have nothing to do with paint. Instead, they seek to regulate water and soil, which evidence suggests are not significant pathways for contamination.

“Before the council runs off in 45 directions, it first needs to get a grasp on what the problem is,” said Matthew Chachère, an expert on lead laws and an attorney with the Northern Manhattan Improvement Corp., a nonprofit serving the poor.

The council is not entirely to blame. It began asking the Health and Housing Preservation and Development departments for lead-contamination data in May, when most of the bills were introduced. The agencies turned over a trove of numbers just 72 hours before the hearing, at which they ducked basic requests. Maria Torres-Springer, head of the housing agency, said she did not know how many violations the city had issued landlords for failing to annually inspect apartments where children live for lead hazards. The answer was clearly zero, which is the crux of the disagreement about how to eradicate the problem.

Chachère believes the city can do so by auditing landlords and issuing violations to ensure they are doing the annual reports and fixing lead hazards on painted surfaces rubbed by windows and doors, as required once a unit is vacant. Torres-Springer, however, deemed this “chasing paperwork,” and a spokesman said owners of small buildings have trouble producing the documents, in part because they can’t get in their tenants’ apartments.

As such, going after them would be time-consuming and might not improve safety.

The agencies say their practices are better and the reason cases have continued to fall. They ask tenants to call 311 to trigger an inspection, betting they will flag violations beyond lead hazards. The development agency already investigates everything from water problems to rodents and checks for paint hazards in every instance. These initiatives have resulted in 300,000 complaint-driven violations since 2004 and $40 million worth of work.

The council is proposing to lower the blood-level threshold that triggers an inspection, a bill the de Blasio administration supports. Owners doing construction in buildings presumed to have lead paint also will likely be hit with stricter regulations, although there is disagreement about how to ensure that workers use safe practices and prevent exposure to lead dust.

City Hall pushed back against bills that would effectively require that all lead paint be removed rather than simply kept away from kids. The Health Department and landlord groups said this would be costly, leading to higher rents.