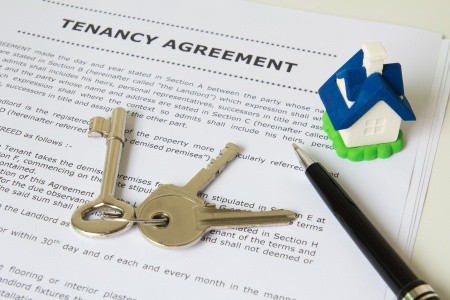 On Thursday, the Washington State Supreme Court ruled in favor of a Seattle law that requires landlords to rent on a first-come, first-served basis. It’s called the “first-in-time” rule.

Landlords first have to write and publish a list of requirements for prospective tenants.

The state doesn’t determine those, so they can be anything that the landlord wants that’s legal: a minimum credit score or income, or requirements around rental history or even things like “applicant removed shoes while visiting unit.” Then, the first person who fulfills all those requirements and turns in an application has to be offered the unit.

The goal of the rule is to eliminate the scenario in which a landlord sifts through a stack of qualified applicants and chooses someone they like the most for whatever reason. The law’s drafters say the aim is to eliminate both conscious and unconscious bias from the rental process: landlords selecting tenants based on their names, ages, sexual orientation, race, or anything else.

The law was passed back in 2016, but it was almost immediately challenged in the courts, and the city initially lost. Thursday’s decision by the state Supreme Court overturns the earlier ruling.

The landlords’ lawyers, the libertarian Pacific Legal Foundation, argued the law is unconstitutional because it’s a government taking of private property; they say it takes away the right of landlords to do what they want with their property. The lawyers also argued that the law violates landlords’ right to free speech.

The court rejected both those arguments, saying in its decision that the law is definitely an experiment but not an unconstitutional one. They decided it’s not a taking of private property, and it only requires disclosure, which isn’t a violation of free speech.

The landlord groups opposed to the first-in-time rule say it’s not only unconstitutional; they argue that it’s bad public policy.

Ethan Blevins, one of the lawyers who argued the landlords’ case in court, says the rule could actually backfire, if you think about for whom it’s easiest to get housing applications in quickly.

“The way the law works—it’s going to naturally favor people who have advantages like cars, internet access, flexible work hours, no language barrier,” he said. “And so I think there’s a fundamental disconnect between the people that Seattle wants to help and the people that are going to be helped.”

In other words, people who take the bus, don’t have internet access at home, and are working multiple jobs could have a harder time getting their application in fastest.

Critics of the rule are also concerned there could be easy ways for landlords to circument it.

For example, landlords could just interview people before giving them an application to fill out. If a prospective tenant came to view a unit and the landlord decided they didn’t like them, they could wait and give an application to someone else first.

But tenants’ advocates say, in any case, this law is an improvement over the status quo.

“What we’re saying is, if somebody is qualified and they’re there, you take them,” said Ann LoGerfo, a lawyer who helped draft the law. “And then, as we move forward, I hope that the city will continue to evolve this ordinance and the rules that implement it.”

In other words, she said, this law is a public policy experiment designed to address a very real problem, and, moving forward, it can be tweaked and improved upon.

The rule is effective after one last, quick procedural step.

The landlords’ lawyers say they’re considering two possible avenues: asking the state Supreme Court to reconsider its own ruling, or appealing to the US Supreme Court, since the case rested on state justices’ interpretation of federal case law.