Landlord Must Issue Warning to Others on Craigslist

Massachusetts Attorney General Martha Coakley announced a settlement between her office and a Revere, Massachusetts landlord over allegations that his rental ad in Craigslist violated state discrimination statutes. 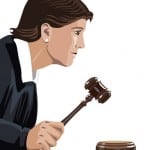 This judgment is the result of a continuing statewide investigation by the Attorney General Office into reports of widespread discriminatory housing advertisements on the Internet.

As more families face tough financial times and have no choice but to rent, landlords and real estate professionals must recognize that the rental market is a regulated industry, said Attorney General Coakley. While we hope that this enforcement initiative will have a deterrent effect, our office will continue to monitor Craigslist.

The Attorney General Office has settled 20 similar cases and filed six other complaints against landlords and real estate agents across the Commonwealth accused of violating state anti-discrimination laws on Craigslist.

In this case, the landlord used Craiglist to advertise a unit for rent in Revere, stating no Section 8. The Massachusetts Anti-Discrimination Act prohibits landlords and others involved in property rentals from discriminating against people who use state or federal housing subsidies to pay for all or a portion of their rent.

The settlement requires the landlord attend trainings on state and federal fair housing laws. He has also agreed to place “Equal Housing Opportunity” in any future rental property ads. And, in an effort to increase awareness of this important issue, the landlord is required to place postings on Craigslist informing other Craigslist users that the Attorney General monitors Craigslist for discriminatory advertising and that it is against Massachusetts law to state a discriminatory preference against recipients of housing assistance subsidies.

He will also pay $750 to a local charity that provides legal services to poor and low-income persons in housing and a variety of areas.See Fair Housing “Zero-Tolerance” Policy Netting Huge Awards Against Landlords.