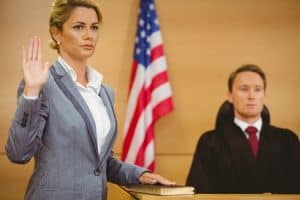 The federal Fair Housing Act is analogous to Title VII of the Civil Rights Act of 1964 in holding a landlord can be held liable for failing to promptly respond to a racially hostile housing environment, says a federal appeals court in a divided opinion that overturns a lower court ruling.

After several uneventful months, Mr. Francis’ next-door neighbor began to subject Mr. Francis “to what only can be described as a brazen and relentless campaign of racial harassment, abuse, and threats,” said the ruling.

This included calling Mr. Francis a racial and antisemitic epithets, calling him lazy, threatening to kill him and photographing the interior of Mr. Francis’ apartment when its front door was open.

Fearing for his personal safety, Mr. Francis contacted the police as well defendants to complain, said the ruling. The police warned the tenant to stop threatening Mr. Francis, but the defendants “did nothing,” according to the ruling.

The tenant was eventually arrested by the Suffolk County Police Department for aggravated harassment. After the tenant’s lease expired and he moved out of his apartment, he pleaded guilty to harassment, and the state court entered a protection order prohibiting him from contacting Mr. Francis.

Meanwhile, after Mr. Francis sent a third letter to KPM, its response was to send a letter to Ms. Downing, telling her “not to get involved,” according to the ruling.

Mr. Francis filed suit against KPM and Ms. Downing in U.S. District Court in Central Islip, New York, on charges including violation of the FHA and the parallel state law, which the court dismissed. The tenant was also charged in the case but he never appeared, and the court entered a default judgment against him.

Two of the three judges on the appeals court panel voted to reinstate the charges against KPM. The ruling discusses “post-acquisition” claims, which occur after a tenant buys or rents a home and refers to Title VII.

“Understanding that the analogy between the employer-employee relationship and the landlord-tenant relationship is imperfect and goes only so far, it nevertheless would be strange indeed if the nearly identical language of the FHA did not also impose liability for post-acquisition discrimination on landlords under certain circumstances,” said the 2nd Circuit ruling, adding two other circuits haves “have likewise cited the linguistic overlap between the two laws.”

The FHA “reaches conduct that, as here, ‘would constitute discrimination in the enjoyment of residence in a dwelling or in the provisions of services associated with that dwelling’ after acquisition,” said the ruling.

It was citing last year’s ruling by the 7th U.S. Circuit Court of Appeals in Chicago, which reinstated charges filed by a lesbian resident of a senior citizens residence who was allegedly subjected to “a torrent of physical and verbal abuse” from fellow residents while the staff responded to her complaints by retaliating against her.

The Francis majority opinion said the case’s dissenting opinion says the FHA‘s text “nowhere explicitly endorses landlord lability for tenant-on-tenant harassment. True, but we have never required every last detail of a legislative scheme to be spelled out in a statue itself — especially a civil rights statute,” said the ruling.

Mr. Francis “is entitled to discovery regarding at least the level of control the KPM Defendants actually exercised over tenants and whether they had the power to redress (the tenant’s) abuse,” said the ruling, in overturning the lower court’s dismissal of Mr. Francis’ claims under the FHA and state law, and remanding the case for further proceedings.

Mr. Francis’ attorney, Sasha Samberg-Champion, counsel with Relman, Dane & Colfax PLLC in Washington, said in a statement he was “very pleased” with the decision.

“Today the Second Circuit properly held that it was impermissible for a landlord to turn a blind eye to known racial harassment, just as it cannot permit tenants to live in intolerable conditions created by noise or flooding or pests,” he said in the statement. “This common-sense outcome is based on correct application of long-standing Fair Housing Act precedent and agency regulations. We look forward to moving forward with this case and obtaining justice for our client.”

KPM attorney Stanley J. Somer, managing partner and founding member of Somer, Heller & Corwin LLP, in Commack, New York, said, “The majority obviously got it wrong.” It “is impossible to equate a tenant on tenant argument and hold the landlord liable to an employee on employee situation, because an employer as the authority to fire somebody in one minute.”

But a landlord has to first verify the information he has received “or in this case relying on the police whose report was coming in. Then, they would have to terminate the tenancy. Then, when the tenant did not move out,” they would have to begin proceedings in the local housing court, which would have to decide whether to evict the tenant. The court, in turn, “is going to want an independent party to come in and testify as to the activities.”

“By the time all that takes place, the lease is over, and the landlord would not have renewed the lease,” said Mr. Somer.