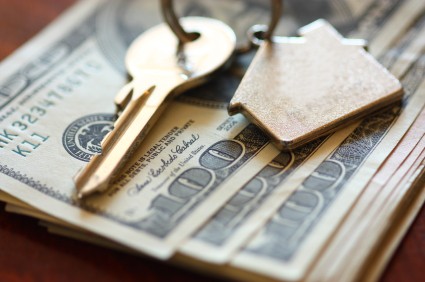 The widespread economic disruption caused by the coronavirus outbreak could affect the availability of affordable housing across the U.S., according to a new report from Apartment List.

Apartment List Chief Economist Igor Popov told Bisnow he anticipates limited upward movement of tenants from affordable housing to higher-end properties in the near future, which will hurt the availability of affordable housing stock.

Affordable housing units were already difficult to obtain before the coronavirus outbreak. The number of U.S. households that were paying more than 30% of their income toward rent increased to 49.7% in 2018, up from 49.5% in 2017. With fewer people choosing to move because of economic uncertainty, even if they have the means, it will exacerbate the shortage.

“We’ll see a slowdown in new leases. I think we’ll see a higher rate of renewals in the short run, as everyone tries to weather the storm wherever they currently are,” Popov said.

Uneven growth in housing costs has exacerbated income inequality in the U.S. The bottom 10% of earners have seen their housing costs rise, while the richest quarter of the population has actually seen housing costs fall. The coronavirus pandemic is likely to accelerate this economic trend, Apartment List’s report said.

“Rents will probably soften, but I think they’ll soften differentially at the higher end verses the lower end of the distribution,” Popov said.

That will exacerbate as new luxury apartment construction comes online nationally in 2020 and 2021.

“That inventory is still going to come online this year, next year. Construction is still in most places going forward and considered, by the government’s definition of shelter-in-place, essential,” Popov said.

“That’s going to give some inventory to those who can afford the new construction, but I think for those people who are unaffected by that new inventory coming online, just the available options in the marketplace will be very tight for them.”

Popov said that once the market reaches recovery, supply competition will drive prices down at the luxury end of the market, resulting in better rental deals for high-income households, while demand will continue to grow for affordable housing options.

Popov noted that people who can work from home have a distinct economic advantage, as they can continue to earn wages through a shelter-at-home order. Those workers also tend to earn more than those in the service industries, and have greater job security.

Over the next two years, higher earners will be able to take advantage of low borrowing costs for refinancing of homes, or access to abundant luxury rental inventory, while lower-income households will continue to struggle with economic uncertainty and more competition for limited affordable housing inventory.

Popov said most property owners and managers are waiting for next week’s April 1 deadline, when the majority of rents are due. That deadline is a cause of anxiety for many real estate professionals, who are watching to see if tenants can meet their rent obligations.

“We haven’t had a first of the month yet since all of this really started to accelerate, but it’s coming up next week,” Popov said.

“I think April 1st could be the first test where most landlords across the country see — are their tenants hit in a devastating way by the pandemic, and the shelter-in-place laws and social distancing? Or are the checks still coming in?”

The pandemic has accelerated the use of technology to facilitate sight-unseen housing choices in an attempt to keep robust leasing going, Popov said.

This includes virtual tours on a property’s website, pre-filmed videos or a live videoconference call where a leasing agent uses a phone or tablet to conduct a tour of a unit.

“Last week, we saw a bunch of multifamily operators essentially spin up their virtual tour operations over the course of the week, which is incredible,” Popov said.

“It’s probably something that if you asked me last year, I would’ve said that it would be something that’s much more prevalent in 10 years than it is now. But I think it’s so top of mind for everyone, especially in the multifamily industry, where there are many vacancies that still need to be filled.”

“Everybody’s thinking about how to enable these sight-unseen transactions at scale.”

Amid the rapid embrace of technology, Popov can see other innovative methods, like virtual reality tours, making an appearance in the next five years.

“That’s one example of something that felt like a moonshot last year, but now, doesn’t sound so wild,” Popov said.