HUD to Focus on Treatment of Same-Sex Couples 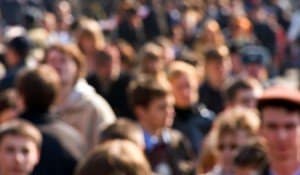 A person’s sexual orientation or gender identity should not be a reason to receive unfavorable treatment when searching for housing, said Bryan Greene, HUD Acting Assistant Secretary for Fair Housing and Equal Opportunity. HUD is committed to making sure that LGBT individuals have equal access to housing opportunities.

HUD’s study is based on nearly 7,000 email tests conducted in 50 metropolitan markets across the country between June and October of 2011. For each paired test, two emails were sent to the housing provider regarding the unit advertised online. The only difference between the emails was whether the couple was same-sex or heterosexual. Unfavorable treatment was measured by whether the tester was told the unit was available, asked to contact the landlord, invited to the see the apartment, or received any response at all.

Key findings of the study showed that:

Adverse treatment is found primarily in the form of same-sex couples receiving fewer responses to the email inquiry than heterosexual couples.

States with legislative protections show slightly more adverse treatment for gays and lesbians than in states without protections.

The Fair Housing Act makes it illegal to discriminate in rental, sales and lending on the basis of race, color, national origin, religion, sex, disability and familial status, however it does not include sexual orientation or gender identity as protected classes. Nonetheless, 20 states and the District of Columbia, and more than 150 cities, towns and counties across the nation have laws that specifically prohibit discrimination against LGBT individuals.

Recently, HUD issued new guidance that treats discrimination based on gender nonconformity or sex stereotyping as sex discrimination under the Fair Housing Act, and instructs HUD staff to inform individuals filing complaints about state and local agencies that have LGBT-inclusive nondiscrimination laws. In addition, on February 3, 2012, HUD published a final rule, Equal Access to Housing in HUD Programs Regardless of Sexual Orientation or Gender Identity, which requires HUD-funded and HUD-insured housing providers and FHA-approved lenders to provide equal access without regard to sexual orientation, gender identity, and marital status.

This study serves as the initial step toward future research on same-sex housing discrimination. Recommendations for upcoming studies include in-person testing, examination of legislative protections at the local jurisdictional level (rather than only at the state level), and tests for discrimination against transgender people to further examine difference in treatment between same-sex and heterosexual couples in states without legislative protections.