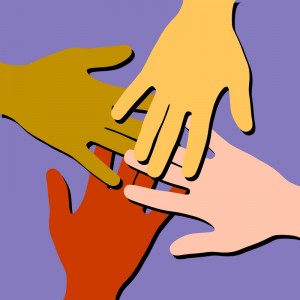 Blatant acts of housing discrimination faced by minority homeseekers continue to decline in the U.S., yet more subtle forms of housing denial stubbornly persist, according to a new summary study released this week by the U.S. Department of Housing and Urban Development and the Urban Institute.

Real estate agents and rental housing providers recommend and show fewer available homes and apartments to minority families, thereby increasing their costs and restricting their housing options. The study concludes this is a national, not a regional, phenomenon.

Fewer minorities today may be getting the door slammed in their faces, but we continue to see evidence of housing discrimination that can limit a family’s housing, economic and educational opportunities, said HUD Secretary Shaun Donovan. It’s clear we still have work to do to end housing discrimination once and for all.

The forms of discrimination documented by this study are very difficult for victims to detect, said the Urban Institute’s Margery Turner. To detect housing discrimination today, HUD and local fair housing organizations need to conduct proactive testing, especially in the sales market, where discrimination appears higher than in the rental market.

This is the fourth in a series of national studies sponsored by HUD roughly each decade to measure housing discrimination in rental and sales markets, since 1979. It finds that while minorities today are rarely denied an appointment to see an advertised unit, less blatant forms of unequal treatment persist.

The Urban Institute, which conducted the study, employed a paired testing methodology in which researchers compared the treatment of white and minority homeseekers in a nationally representative sample of 28 metropolitan areas. Of the more than 8,000 paired tests, two trained individuals (one white and the other black, Hispanic, or Asian), contacted a housing provider to inquire about a unit randomly selected from recently advertised homes and apartments. The two testers in each pair were matched on gender, age and family composition and assigned the same financial characteristics. With each tester presenting as unambiguously and equally well qualified to rent or buy the advertised unit, testers independently recorded the treatment they experienced, including information about all the homes or apartments recommended and shown.

Key findings of the report include:

Taking into account the ability to make an appointment, the availability of units and homes, and the agent’s willingness to show units, minority renters and homebuyers are told about and shown fewer homes and apartments.

Black homebuyers who contact agents about recently advertised homes for sale learn about 17% fewer available homes and are shown about 18% fewer units.

The difference in treatment for Hispanic homebuyers is not statistically significant.

Among the measures of change over the most recent decade, only discrimination for availability of the advertised unit has declined. Black renters today appear less likely than a decade ago to be told that advertised units are unavailable. Asian renters are more likely than a decade ago to be shown fewer units but they are less likely to experience adverse treatment when making future arrangements with the agent. Changes in other measures of rental discrimination are not statistically significant.

For changes in sales discrimination over the most recent decade, the authors find less evidence of meaningful progress. The only statistically significant change is for Hispanics, who are less likely than a decade ago to be denied financing help compared to equally-qualified white homebuyers.