Fewer homes for sale as rentals become all the rage, Zillow says 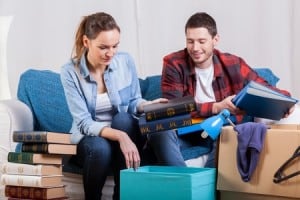 South Florida homebuyers are starved for listings, and Zillow partly blames the shortage on a big increase in single-family rentals over the past 17 years.

The tri-county region has 77 percent more homes being rented now than in 2000, the real estate website reports.

“Thousands of single-family homes that were once bought and sold every few years prior to the recession have now been converted into rental properties by investors, trading hands much less frequently … contributing to inventory shortages,” Zillow Chief Economist Svenja Gudell said in a statement.

Still, the situation is slowly starting to improve for South Florida buyers.

Palm Beach, Broward and Miami-Dade counties had 1.3 percent more homes hit the market in May compared to a year ago, Zillow said. Nationally, buyers had 9 percent fewer homes to choose from last month, the fastest decline in nearly four years.

Zillow cited other factors for the shortfall in listings, including more millennials buying homes, low levels of construction and still-sizable numbers of homeowners who can’t sell because they remain “underwater” on their mortgages.

“There is no silver bullet that will clear the market of all of these issues, and buyers frustrated by the status quo will likely have to remain patient and be ready to pounce once that perfect home does become available,” Gudell said.

A jury this month sided with the owner of Hilton Fort Lauderdale Beach Resort in a $10 million class-action lawsuit brought by unit owners over shared costs.

The unit owners in the condominium-hotel at 505 N. Fort Lauderdale Beach Blvd. sued Q Club Hotel LLC, alleging that the property owner was charging fees not authorized by the governing documents.

Larry Litow, the attorney for the defendant, said Q Club had been paying a “wrongfully disproportionate share” of parking, management fees and other costs.

When Q Club fixed its mistake and started charging the correct amounts in 2012, the unit owners objected, Litow said.

“We are obviously disappointed that the jury did not find that those same charges were improper for the period of 2013-February 2015,” Weissing wrote.

Accountant Barry Mukamal, an expert witness for the defendant, said the jury verdict carries significant implications because it validates Q Club’s efforts to increase cash flow at the property.

“That directly affects the value of the hotel going forward,” Mukamal said, though Litow clarified that Hilton Fort Lauderdale Beach is not for sale.

In a condo-hotel, the property is professionally managed, and individual owners rent their units when they’re not staying there.