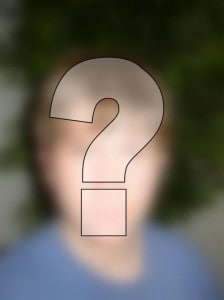 The horrific story out of Philadelphia this week about tenants who were holding prisoners in the basement of a rental home leaves even seasoned police investigators searching for words, and answers. The imprisonment ended when a responsible landlord performed a home inspection and alerted police.

But as more evidence comes to light in this case, lingering questions remain.

For instance,  how were these people able to rent a place to live?

Linda Weston, the alleged ringleader who is accused of holding her victims hostage for their disability checks, has a previous conviction for murder, after she locked her sister’s boyfriend in a closet for so long he starved to death.

It appears that Weston served about two years in prison for the crime–not very long for a murder charge, but long enough to have a criminal record. She lived in at least four states, fled one apartment leaving behind her possessions after a woman in her care died, and investigators are discovering a long list of judgments and eviction filings.

But it was not Weston herself who rented the hope. Instead, she moved in with her daughter.

The daughter had rented the place a couple years earlier, and the landlord did check her out. Unlike her mother, she had a plausible story and legitimate means to pay the rent.

The daughter was taken into custody and is expected to be charged with a number of crimes.

Investigators say that Linda Weston is a native of Philadelphia, and that she came back to town with prisoners in tow allegedly to exploit their disability income. How they were able to receive disability with no verification from the government is one of those unanswered questions.

But police say she had been back in Philadelphia for only two weeks before a diligent landlord discovered her crimes and broke this decade-long interstate ring of terror– by conducting a routine property inspection.