Home · Property Management · Latest News · Is looting covered by insurance? It depends on the business

He watched as security-camera feeds showed people shattering the plate glass windows of his Round Two store on Melrose Avenue and walking out with more than $250,000 worth of high-end street wear. He saw them make off with about as much inventory from his vintage store next door. He watched as the Round Two location on the other side of the country in Richmond, Va., was hollowed out by fire.

“I’ve been robbed before, 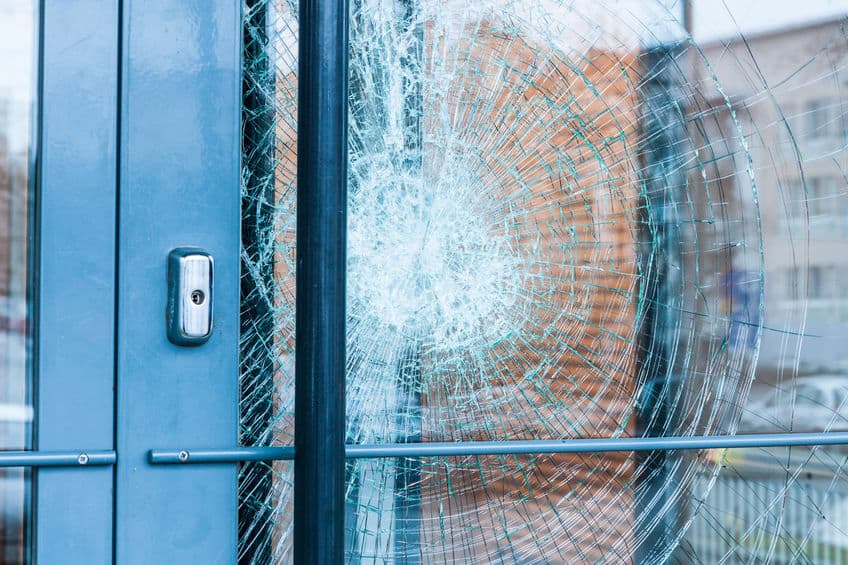 Protests over the police killing in Minneapolis of George Floyd continued in cities across the country Sunday night, and thousands of Angelenos took to the streets to voice their outrage at the apparent impunity of police who kill or brutalize black Americans.

Looting has accompanied some of the protests. Among the first businesses to be burglarized was a Minneapolis Target near the police precinct of officer Derek Chauvin, who has been charged with third-degree murder and manslaughter after killing Floyd by kneeling on his neck as he struggled for breath. In the days since, national chains and local businesses have been burglarized, including some in downtown Los Angeles, the Fairfax district, Beverly Hills and Santa Monica’s beachfront commercial zone.

Late Sunday, there were reports of vandalism and looting in downtown San Diego, including at a CVS near Fifth Avenue and C Street and at an AT&T store near Broadway and Third Avenue, according to CBS News 8.

Many businesses were already struggling with slashed revenue and dismal earning prospects under the continuing COVID-19 pandemic.

But how and whether they bounce back from shattered windows, stolen merchandise and burned-out buildings hinges on one factor: their insurance policies.

As Wotherspoon spent his Sunday assessing the losses to his stores, he admitted that he wasn’t exactly sure whether his policy would protect him from these kinds of damages.

Business insurance is similar to consumer car insurance: Basic liability is required by many landlords (though not all) in a lease agreement, protecting proprietors in the event that they face lawsuits from customers who are injured in their stores, among other legal claims. But it may be up to the individual business owners to decide how much insurance they want to buy to cover their inventory and equipment in case of theft, fire and other scenarios.

Large chains like Target, Starbucks and Apple use their deep pockets to buy sophisticated policies that cover the entire chain for losses stretching into the millions of dollars, according to Janet Ruiz, director of strategic communication at the Insurance Information Institute.

But for smaller businesses, the amount of coverage can vary widely in terms of deductibles and dollar limits, depending on the type of business, the value of the inventory and the depth of an owner’s pockets. Since not all landlords require businesses to insure their inventory and equipment against loss, some local owners will end up having to cover all of the losses and repair costs on their own.

For those who are insured, a general cost estimate is about $1,200 a year for a small business with up to 100 employees and $5 million revenue, Ruiz said, adding that “it depends on how much they are willing to spend if they have a loss.”

Restaurants, whose kitchens pose fire risks, may have to pay for insurance covering their equipment at a higher rate than retail stores where customers peruse racks of clothes.

The losses suffered by business due to the pandemic are excluded from typical business policies, though some carriers started offering them following the SARS pandemic in 2003, she said.

“There were companies that crafted them, and they didn’t sell,” Ruiz said of such policies. “It’s expensive.”

Fraser Ross, owner of the Kitson chain of clothing and gift boutiques on Robertson Boulevard in West Hollywood, recorded video from across the street as people moved on from burglarizing the MedMen store nearby, smashed the windows of his outlet store and started hauling out clothes, accessories and what cash was in the register. He estimates that $300,000 worth of merchandise was stolen but believes all of it will be covered by his insurance, though he still needs to check with his lawyer.

After the citywide coronavirus lockdown forced Ross to close his doors in late March, he said, the only expenses he kept paying were for his Shopify online store, basic utilities and his insurance policy. He fears some of his neighbors in the shopping district might have canceled their insurance policies during the lockdown.

In normal circumstances, Ross says, he would not be on the hook for replacing the windows — many insurance companies offer plate glass coverage as a rider on their policies. But since he was technically between leases with his landlord, Ross is likely going to have to pay for repairs.

A few miles east of Kitson, crowds broke the glass door and windows at Chi Spacca, the upscale Italian restaurant that had been operating as the Mozza to Go takeout operation during the coronavirus lockdown.

Once inside, they took all the restaurant’s wine, electronics, an empty cash register and some chef’s knives; threw plates; and lit a pool of lighter fluid on fire on the floor. Next door at Osteria Mozza, looters took a third of the liquor from the bar and some high-end champagne, according to Kate Greenberg, director of operations for the restaurant group.

“I hope it’s all covered” by insurance, Greenberg said. “I don’t see why we wouldn’t be.”

Mozza’s staff spent Sunday photographing the damage and plans to take a 3D image on Monday to show the insurance adjusters the extent of the fire damage. “Whether it was a salad thrown out or anything, we’re taking a photo of it all,” Greeenberg said.

Now, to try and prevent further damage, business owners across the city are boarding up display windows and removing as much valuable inventory as they can. Ross said he boarded up his Kitson stores Sunday and went to a pop-up location in Beverly Hills and loaded up his car.

“I didn’t know what to take, so I only took the most valuable stuff,” Ross said, such as jewelry and sunglasses.

Big companies also prepared for more damage Sunday. Target closed or adjusted the hours of 175 locations across the country in response to the protests, including 49 stores in California. Whole Foods locations in and around Los Angeles, Minneapolis and Chicago remained closed Sunday, and Walmart and Apple announced that many of their stores would shutter across the country.

Until this weekend, the two most costly civil disturbances in the nation’s history occurred in Watts in 1965 and Los Angeles in 1992, following the acquittal of four police officers in the beating of African American motorist Rodney King.

The 1992 unrest was the most costly in U.S. history, causing an estimated $1.4 billion in property damage in today’s dollars, according to the data analytics provider Verisk Analytics and the Insurance Information Institute. The Watts unrest resulted in $357 million in damage, similarly accounting for inflation.

The cost of this week’s unrest has yet to be tallied — but in many cases, insurers will likely be stuck with the bill.

“Commissioner Lara is expecting adjusters to be on the ground as soon as possible to help any looted businesses quickly access their insurance benefits,” said Michael Soller, spokesman for the state insurance department.

Lara also will be making a determination on whether to issue an emergency declaration that would allow insurers to use out-of-state adjusters to speed the process, he said. This was done in 2018 following the Camp and Woolsey fires, when the scale of the damage overwhelmed insurers.

Because of the COVID-19 crisis, Lara ordered insurance companies to refund a portion of commercial premiums for businesses affected by the pandemic through May and requested they extend grace periods for paying premiums through mid-July.

Businesses affected by looting should contact their insurance companies about the grace periods and premium rebates. Because of the commissioner’s actions, they should have more time to pay premiums and can qualify for lower rates; they can contact the Department of Insurance for assistance in submitting claims or with questions about their coverage.