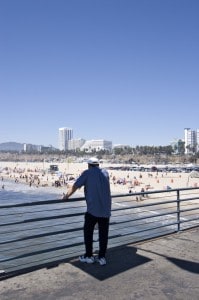 California recently joined the ranks of states that require carbon monoxide detectors in homes, but many residents report they just haven’t gotten around to installing one yet.

While more than half of Californians are aware of a law requiring residential carbon monoxide alarms, many residents remain unprotected, according to a survey from independent research group, Qualtrics. Nearly half of respondents do not have a CO alarm in their home despite the overwhelming presence of both fuel-burning appliances (84 percent) and attached garages (75 percent) “- the state-determined criteria for installation and primary risk factors for accidental CO poisoning.

The results come on the eve of the law’s one-year anniversary on July 1. Nearly half of respondents without a CO alarm stated they know they need one, but haven’t found the time to install the life-saving device. Another one-third believe that they do not need an alarm even though it is the only safe way to detect CO, an odorless, tasteless and invisible gas. The survey was conducted on behalf of Kidde, the leading manufacturer of residential fire safety products, and the California Safe Homes Coalition.

“We are encouraged that many California residents have heard our message, understand the dangers of CO poisoning and have installed an alarm,” explained Kevin Nida, president, California State Firefighters’ Association (CSFA), a supporter of the California Safe Homes Coalition and co-sponsor of Senate Bill 183. “However, we urge those who have not yet acted to do so now. Carbon monoxide is perceived as an issue that only impacts cold-weather states, and that’s not a safe assumption. We’ve experienced the tragedy of CO poisonings here in California all too often.”