Here’s Where Most Intense Apartment Construction Is Occurring

Sunbelt and Mountain areas are attractive, but there are a few “hidden gems” for developers, NAR reports. 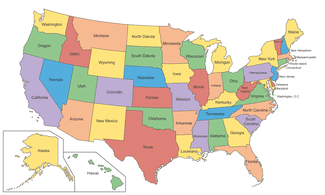 Metro areas in the Sunbelt and Mountain states are undergoing intense apartment construction activity as builders try to keep pace with the strong demand in these markets.

A strong and sustained job recovery, years of net domestic in-migration even during the pandemic, and the relative affordability of rental housing in these markets compared to other markets are drawing workers, businesses, and retirees.

Large metro areas, with a population of more than one million, still attract the most construction activity in terms of the number of units constructed, but the intensity of construction is not as high as in some of the metro areas in the Sunbelt and Mountain states.

There are several market gems.

Spartanburg, SC is located close to Charlotte, but is more affordable, and it has been experiencing net domestic in-migration since 2005 when the US Census Bureau first started reporting data on a metro-level basis. In 2020, 5,290 people moved into Spartanburg from other states on a net basis.

In Huntsville, AL, 5,148 units are under construction or 16.3% of the current stock of inventory. NAR identified Huntsville as one of the 10 hidden gems in its 2022 Housing Market Hidden Gems Report. Huntsville has been experiencing strong job growth. Its total nonfarm employment as of December 2021 has surpassed the pre-pandemic level by 25,700 jobs.

Salisbury, MD, is the only one of the top 20 metro areas that is not a Sunbelt or Mountain state. The number of apartment units under construction is relatively small at 633 units, but accounts for 8.1% of the rental stock.

Salisbury is located on Maryland’s Eastern Shore, with proximity to Maryland’s beaches and with a small-town vibe that could attract retirees and workers who are able to work from home permanently.

According to US Census Bureau data, Salisbury has experienced net domestic migration since 2005 (except in 2009 during the Great Recession). During July 2019-July 2020, there were 7,197 net domestic movers into the area.

Read more
Apartment EV Charging:...
Apartment hunting can be challenging for electric vehicle owners since they see charging stations as a...
Read more
The Multifamily Pet...
As multifamily rent growth stalls, investors seek alternative strategies to increase...
Read more
The Disease of Solo...
By Mark Podolsky, Author of Dirt Rich  Imagine you’re a dentist. You’re doing well on the face...
Read more
What the Housing Market...
Red hot home sales during the pandemic have cooled and that could have consequences for one of the...
Read more
Legal and Optional...
Keeping the Property in Top Condition Properties require routine maintenance to keep them in top...
Read more
What Is Return on...
Definition of Return on Investment Return on investment (ROI) measures how profitable an...
Read more
A Case Study with a...
By Jason Kogok, Author of Plug the Holes Fill the Barrel  As a RE broker who works with a lot of...
Read more
What to Know Before...
Learn the Basics of Real Estate Investing Before Buying Your First Property Though some people have...