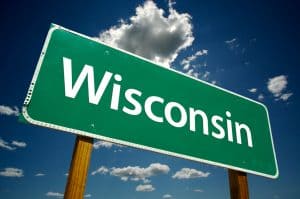 Tenant rights advocates are pushing back against a bill aimed at standardizing housing regulations across Wisconsin municipalities.

Senate Bill 639 addresses the relationship between property owners and municipal government including landlords’ repair costs, credit background checks and building inspections. A hearing on the bill is scheduled for Wednesday at 10 a.m. at the Capitol in room 411 South.

The bill would prohibit municipalities from requiring regularly scheduled inspections, raise the amount a landlord can charge for a credit check from $20 to $25 and require ​that tenants provide “valid ​legal ​grounds” ​to ​get ​a ​full ​hearing ​in ​front ​of ​a ​judge ​at small claims court.

It would also require that small claims cases, like evictions, stay in the Wisconsin Circuit Court Access database — CCAP — for 10 years. Madison’s Tenant Resource Center argued this would cause many qualified tenants to be unnecessarily denied housing.

Sen. Frank Lasee, R-De Pere, introduced the bill and Rep. Robert Brooks, R-Saukville, has sponsored it. Neither responded to requests for comment.

The WCCA Oversight Committee recommended in November that dismissed small claims cases, which include evictions, remain in the database for two years. The committee argued that there is “little public value and much potential harm” to individuals by keeping their dismissed cases publicly available.

Heidi Wegleitner, attorney with Legal Action of Wisconsin, said the bill’s proposed changes to CCAP would “create a more extensive housing barrier for low-income people by preventing the ability to remove that information and requiring that it be retained.”

Wegleitner is also concerned that the bill says an emergency assistance stay cannot be granted after a writ of restitution, the document authorizing an eviction, has been issued in eviction proceedings.

“Limiting the time in which people have to use their emergency assistance to secure housing is going to only put more children on the streets,” Wegleitner said.

The bill also requires a tenant to provide “valid legal grounds” instead of just contesting an eviction filing, which the Tenant Resource Center argued creates an “uphill challenge” for unrepresented tenants to figure out the “magic legal words” to get their case heard.

“The biggest problem that I see with these bills is that it has made tenant landlord law so confusing that landlords have a hard time keeping up with things, and tenants think all of their rights have been taken away,” Konkel said. “Both of those things lead to mass confusion by everybody.”

Additionally, the bill would prohibit municipalities from creating rules about regularly scheduled inspections. Government Relations Officer Nick Zavos, who works in Mayor Paul Soglin’s office, said the city is opposed to the bill and that the lack of ability to regularly inspect housing is “concerning.”

“The city has a regular inspector program, and that’s not specific to rental units, and so it seems like what the legislation would do is create a special class of buildings that are not subject to inspection,” Zavos said.

UW-Madison’s Neighborhood Law Clinic director Mitch, who only has one name, said the bill is keeping building inspectors from ensuring neighborhoods are safe.

It would also require inspection fees not exceed the actual and direct cost of performing the inspection and would not include ​other ​costs ​the ​city, ​county ​or village ​incurs.

The bill would also allow landlords who choose to do their own repairs to charge tenants for those costs. Whether or not tenants see those savings or receive quality home improvements is debatable, Mitch said, in addition to taking away jobs from tradespeople.

Read more
Renters’ Flight To...
The way that we organize our cities has a profound impact on our carbon footprints. As much of the US...
Read more
Hiring a Property...
By Norm Spivey, Author of Collect Rent, Don't Pay It!: A Beginner's Guide to Rental Property...
Read more
‘A Huge...
Asking rents for apartments dropped in the third quarter for the first time in years, with landlords...
Read more
Gov. Gavin Newsom Signs...
The state of California will be sealing the criminal records of select former offenders if a certain...
Read more
Fannie Mae Initiates...
The government-sponsored enterprise will cover the costs of the program for multifamily borrowers for...
Read more
Top 5 New Apartment...
It’s budget season for most rental housing operators. Sing it with us: “It’s the most wonderful...
Read more
The Future of...
You remember The Jetsons, right? The classic cartoon series first aired in 1962 but was set “100...
Read more
More California Cities...
When Araceli Guerra moved into her small, two-bedroom apartment in Concord three years ago, it...