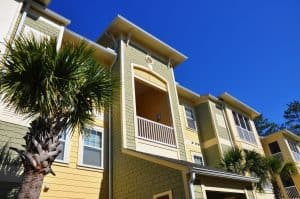 The hot housing market has been the subject of conversation for months now as the country shows promising signs of recovering from the pandemic, but a new element is about to be introduced to the discussion as the federal eviction moratorium is set to expire at the end of July.

High demand for housing in Myrtle Beach and rapidly growing rent costs mean landlords could be quicker to file and eviction against their tenants, experts say.

“The hotter the market is, the stronger the incentives to evict are,” said Igor Popov, chief economist at the rental market analysis group Apartment List.

A federal moratorium on evictions for nonpayment was implemented by the Centers for Disease Control and Prevention last year, and its expiration has been extended several times. The moratorium hasn’t halted all evictions in South Carolina, as an analysis by reporters at The Sun News and The State found despite the moratorium thousands of evictions were filed in the state by the end of 2020.

And to say the market in Myrtle Beach is hot would be an understatement. A typical fast-growing market sees between 2-3% of an increase in rent costs each month, but Myrtle Beach’s rent rose 6.1% in June, according to Apartment List’s monthly report. Popov said a 6% rise in rent over a year would indicate strong growth, but Myrtle Beach hit that figure in just one month.

Since this time last year, Myrtle Beach rent has increased 21%, according to Apartment List, leaving the median cost of a one-bedroom apartment at $858 while the median for a two-bedroom came in at $1,078 per month.

If a landlord is confident they can replace a tenant who hasn’t paid with a tenant who will, it’s more likely they’ll file an eviction, Popov said. Compared to the rest of the country, the cost to file an eviction in South Carolina is also quite low, costing as low as $30 as opposed to states like Alabama where an eviction can cost hundreds of dollars to file.

But renters looking to avoid rising housing costs by leaving the area might not have much luck. Rents are rising in markets across the country.

LANDLORDS COULD BE QUICK TO EVICT AS MORATORIUM ENDS

Landlords, on the other hand, “are looking for the best return,” according to Popov. They need to compute whether the cost, effort and energy to evict a tenant would be worth it in the long run, just like tenants need to calculate if staying in a market with rising rent is worth avoiding the cost of moving.

It’s impossible to know for sure how many South Carolinians or Horry County residents are at risk of eviction, but a survey conducted by the U.S. Census Bureau found more than 94,800 people out of 582,819 surveyed have no confidence they’ll be able to meet their next rent payment.

Myrtle Beach is fast-growing, and more housing is being developed consistently. But the housing being built isn’t always the housing necessary to protect the most vulnerable from eviction, according to Bryan Grady, chief research officer at the South Carolina state housing authority.

“You’re also seeing the housing being built, is not necessarily housing that serves low- to moderate-income households,” Grady said. “A lot of the housing is luxury housing or housing for snowbirds, for seasonal residents, for vacationers, and not necessarily for the local workforce.”

Pandemic-era relocations have favored smaller markets with temperate climates like Myrtle Beach, which could have contributed to the spike as well. But the Myrtle Beach area was growing long before the pandemic, and its housing costs have been out of balance with the wages in the backbone of the area’s labor force: hospitality and tourism.

To avoid eviction, Popov suggests people should have a conversation with their landlord as soon as possible and come to a decision about payment plans. For tenants who take responsibility and figure out a plan ahead of time, landlords can be more likely to hold off on eviction.

The Myrtle Beach Housing Authority and organizations like the Eastern Carolina Housing Organization have resources available for people struggling to pay their housing costs.