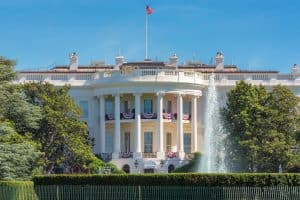 White House economic adviser Brian Deese on Sunday called on landlords to seek rental assistance before beginning to evict tenants behind on their rent after the federal eviction moratorium ended.

“Fox News Sunday” guest host Dana Perino pressed Deese on why the Biden administration and Congress appeared to wait until the last minute to attempt to extend the moratorium, noting that Saturday night’s deadline had been known for months beforehand.

“Well, the real issue here is how to get money out to renters who, through no fault of their own, are behind on their rent and to help landlords keep those renters in their home, which is a win-win,” Deese said.

The federal eviction moratorium ended on Saturday at midnight, leaving millions of Americans at risk of being evicted from their homes. The Biden administration and House Democrats had sought to extend the moratorium until at least October, but failed to shore up the necessary votes among moderates.

Deese stated on Sunday that President Biden had prioritized this issue “since day one” and pointed to the additional funding that had been secured for states and localities to address this issue.

“That money is there. The states have the tools, the localities have the tools and there’s no excuse. They need to move that money to those renters and those landlords immediately,” Deese added, pointing to local governments in Kentucky and Texas that have effectively distributed rental aid.

“The key message here is that no landlord should evict without seeking that rental assistance, and states and localities need to get that money out urgently,” Deese said.