The New York City Council passed a bill last week requiring homes listed on short-term rental sites like Airbnb to register with the city, in the hopes of increasing the Big Apple’s housing stock and in an effort to crack down on illegal listings. With the bill’s sponsors expecting the outgoing mayor to sign it into law, here’s what you need to know about what the new rule means. 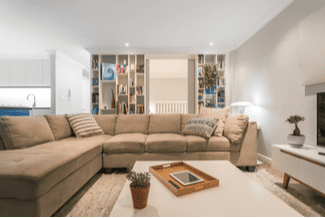 The bill itself is aimed at enforcing New York’s multiple dwelling law, an existing rule which makes it illegal to rent an entire apartment in a building with three or more units or one to two-family home for less than 30 days. Shorter rentals are legal in the city, but only if the resident is home during a guest’s visit.

Hosts renting out space would pay a yet-undecided application fee to register their apartments for a newly created electronic system for short-term rentals with the city, which gives them a unique identification number. To apply, a host can’t have any construction or housing violations on their property and the unit can’t be part of a New York City Housing Authority development or be an apartment without a dedicated kitchen or bathroom.

A host is also required to post their identification number on any online booking site and in the unit, post their registration certificate, an emergency exit diagram and an emergency contact.

Violators can be hit with fines of up to $5,000 or three times what they made off of a guest’s stay, whichever is less. They can also be charged up to $1,000 for making false statements on their registration application. Those amounts are lower than a previous version of the legislation introduced in May, which would’ve allowed fees up to $15,000 for an individual with multiple offenses who didn’t keep any record of a guest’s stay.

The bill also puts short-term rental sites on the hook for illegal listings. The sites could face fines of $1,500 or more if they make money off an illegal listing and would be required to get vetted through the city’s registration system, which would ensure the potential listing’s address and other information matches what the host provided to the city. (The booking companies would pay a fee to use the system.)

The bill’s sponsor, Council member Ben Kallos, hopes the city will crack down on illegal Airbnb’s and short-term rentals, forcing more apartments onto the red-hot rental market. He puts the number of illegal short-term spaces at around 20,000, though the actual number is difficult to approximate.

“Housing should be for New Yorkers. Hotels should be for tourists,” Kallos said in a statement after the bill was passed. “We need every apartment being listed illegally on Airbnb back on the market to help our affordable housing crisis. At a time when hotels are closing or sitting there empty it is crazy to see apartments all over the city getting converted into illegal Airbnbs.”

New York has pursued numerous legal actions against unlawful Airbnbs in the past, accusing brokers with Metropolitan Property Group of illegally facilitating 13,691 rentals from 2015 to 2018 in a 2019 lawsuit. (The case was later settled for $1 million.)

The law may give those renting out space on sites like VRBO, Airbnb and Booking.com peace of mind as they would know that their temporary home is above-board.

It would also help the city hunt down illegal listings, rather than relying on the old system of combing through online photos of available rentals to try to spot sketchy ones.

But the city already has some insight into these listings. In 2020, Airbnb agreed to share some data on its hosts, but not until it first put up a fight. It sued New York City after the city passed a regulation requiring Airbnb and other home-sharing sites to disclose host data, like a host’s name, address and how much money they made off a stay. Airbnb later settled with the city, agreeing to provide that information on a quarterly basis, in a compromise with the city, which wanted it each month.

Critics of the newly passed rule, like Airbnb, are concerned that it would hamper an already decimated tourism industry by taking more affordable options off the market because the paperwork involved would prevent hosts from listing their spare rooms and apartments online. Airbnb hosts have even spoken up, arguing that the service lets them earn a little extra money to help pay their bills.

“Our NYC Host community, much of which relies on income from home sharing to stay in their homes, has spoken out with great concern about this bill,” Alex Dagg, northeast policy director for Airbnb, said in a statement after the bill was passed.

If the mayor does sign the law, it wouldn’t be enforced until 12 months after that date, at the earliest. Whether he signs it or not, the bill will become law within 30 days, according to a representative for the mayor’s office.

The Mayor’s Office of Special Enforcement, already charged with enforcing the city’s existing home-sharing regulations, would be charged with putting the new law into effect, unless the mayor designates another office.