Home·Property Management·The Good, The Bad, And the Ugly of Mobile Home Park Investing

The Good, The Bad, And the Ugly of Mobile Home Park Investing 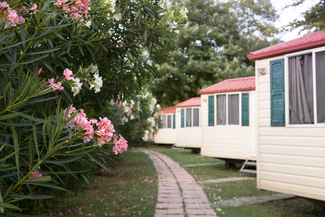 Most Americans only know about “trailer parks” based on what they see on television or the movies. The problem is that if we only relied on the entertainment industry for our investment facts then we would all bet our money on things that Hollywood cherishes, like stocks of companies that manufacture evening gowns. Besides a fair and balanced approach to information it’s also important that we also look at both sides of any investment because one pitfall can ruin a perfectly good path to prosperity. With that in mind, here are the factual “good, bad and ugly” realities regarding mobile home park investing.

Mobile home parks have some amazing attributes that have made them a highly profitable investment sector over the past half-century:

Despite all of the items named above, mobile home parks also have some negative attributes to consider:

There are also some huge pitfalls you need to know, that can destroy your entire investment in short order and include: