The erosion of apartment affordability may be short-lived 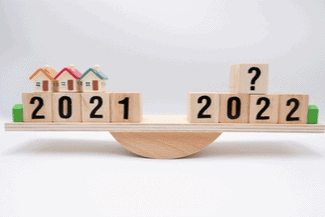 Just as the U.S. looks poised to wind down the COVID-19 pandemic in 2022, the country finds itself increasingly mired in a new crisis of inflation and housing affordability. The headline consumer price index rose by 7.9% for the year ending this past February, to which gasoline, shelter and food were the largest contributors.
With national news outlets pushing out daily stories of explosive rent growth in major metro areas, it’s tempting to extrapolate this information as the typical experience in cities across the U.S. But while it’s undeniable that housing inflation is creating a financial burden for many, a detailed analysis of metro-level data by Moody’s Analytics Reis paints a much more nuanced picture and reveals the uneven nature of this inflationary climate.
Demand and rent prices for multifamily housing units plummeted during the first few quarters of the pandemic-induced lockdowns, especially in big-city centers. This decline, however, was only temporary as significant rent declines in 2020 were followed by a robust recovery last year. At the national level, asking-rent growth outpaced inflation at an annualized rate of 11.9% in 2021.
The rent-to-income (RTI) ratio, a common metric to measure affordability in the apartment sector, increased by a whopping 270 basis points in 2021 compared to average annual growth of only 26 basis points in the five years prior to the pandemic, Moody’s found. Generally speaking, households that spend more than 30% of their income on rent are considered cost burdened. The national average RTI went from 27.5% in 2019 to 30% in 2021. This figure does not paint a rosy picture for renters as a whole, but the impact of rent increases strike differently depending on where people live.
Consider California, which had 10 of the top 30 most cost-burdened rental-housing markets prior to the pandemic. It’s intuitive to conclude that these expensive cities would be even more unaffordable after the recent wave of rent inflation. The data, however, points in the opposite direction.
For the two-year period ending in December 2021, these 10 metros posted an average RTI increase of 1% while the U.S. average jumped by 2.5%. San Francisco was the most notable of these markets with a staggering 4.3% drop in RTI — the second-largest decline in the nation — while Silicon Valley neighbor San Jose saw its RTI fall by 1%.
On the opposite end of the rent-inflation spectrum is Nevada. Over the same two-year period, all three Silver State metros tracked by Moody’s — Las Vegas (up 11.2%), Reno (up 8.9%) and Carson City (up 8%) — had record-high RTI growth that vaulted them into the top tier on the unaffordability list. The health crisis turbocharged Nevada’s population growth as remote workers flooded in from neighboring states such as California, Washington and Colorado. Housing inventory growth simply couldn’t keep up with demand.
When we look at regional changes, the Sun Belt (defined here as a group of 19 states in the southern U.S. stretching from Hawaii to Florida) saw a larger increase in its RTI ratio over the past two years compared to rest of the nation. As shown on the accompanying chart, the average year-over-year rent growth across this region was about 2 percentage points higher than the rest of the U.S. in second-half 2021.
Unsurprisingly, the hottest markets in the Sun Belt are in Florida, where eight metros made the national top 20 list for highest RTI growth. These metros have an average RTI of 31.5% and gained an average of 6.4 percentage points over the prior two years. This is staggeringly high rent inflation, especially in the context of the relatively low-income level of the population that has to bear this burden. Demand is once again to blame for this sudden spike. Florida led the nation with the largest net migration gain from other states.
In the short term, uncertainties such as inflation, mortgage rate increases and return-to-office plans will affect the multifamily market and its affordability measures. Most likely, however, the sharp increase in the RTI ratio across many metros will not be sustained. Supply chain issues continue to be resolved and we expect that inventory gains in high-growth areas, combined with lower levels of migration, will reduce inflationary pressures moving forward.
Source: Scotsman Guide