Home·Property Management·LA’s Small Landlords Were Promised Help If Tenants Stopped Paying Rent. Why Some Still Have No Relief

LA’s Small Landlords Were Promised Help If Tenants Stopped Paying Rent. Why Some Still Have No Relief 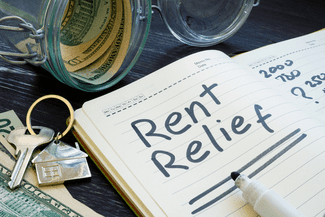 Two years into the pandemic, hundreds of thousands of Southern Californians are still behind on their rent. For now, state and local laws protect them from eviction for failure to pay, and the state has stepped in with a $5.2 billion rent relief program.

But many small landlords still haven’t seen the money. Some have been completely cut off from the promised help, said Diane Robertson, co-founder of L.A.’s Coalition of Small Rental Property Owners.

“They applied, and have not received rent,” she said. “I do believe that there is money somewhere. But it’s not getting to the people who need it.”

Landlords are finding themselves shut out because government rent relief programs require tenants to be involved in the application process. In some cases tenants refuse to apply. Others earn too much to qualify. Some small landlords say waiting in vain for rent relief has left them financially wrecked.

With mask mandates going away and businesses reopening, Robertson said small landlords are being saddled with an unfair burden.

Losing Rent Can Be ‘Devastating’ Without Aid

In a handheld iPhone video, the woman recording can’t stop saying, “Oh my god.” She’s trying to make her way through an unoccupied apartment overflowing with junk.

“You can’t even get through to the bedrooms!” she exclaims. The video shows laundry baskets stacked high in the living room, piles of trash all over the kitchen and a computer monitor gathering dust in the shower.

“Like, I don’t know where they sleep,” she says.

The woman recording the video is Laurie. She lives downstairs, and this video was taken the first time she stepped inside the chaotic Studio City apartment.

“I was literally in shock when I was in there,” Laurie said. “I’m like, I don’t know how humans could function like that.”

Laurie is not her real name. We’ve agreed to keep her anonymous, because she’s pressing charges against her former neighbors — she said they stole her unemployment debit card — and she fears reprisal.

The landlord who owns this Studio City duplex said the tenants stopped paying rent right when the pandemic began.

“It was devastating when these people stopped paying rent,” said Elizabeth (also not her real name — she’s seeking a restraining order and also fears retaliation). “It caused us to stop paying our mortgage payment. So now we’re in arrears.”

Over 65, With No Savings And Soaring Losses

It took about a year and a half, but Elizabeth eventually evicted the tenants for causing a nuisance. Laurie said she thinks her former neighbors were only allowed to stay as long as they did because of Los Angeles’ ongoing COVID-19 renter protections.

“I think it would have been a much speedier process if we weren’t in the middle of a pandemic,” she said.

Of course, problem tenants have always existed — pandemic or no pandemic. But many small landlords complain that L.A.’s eviction rules provide cover to bad tenants, while leaving landlords to shoulder the cost.

Nearly 678,000 households in the Los Angeles area are behind on rent, according to recent U.S. Census Bureau data.

In many cases, larger corporate landlords have come up with ways to pursue evictions for L.A. tenants who are behind on rent — even tenants approved for government rent relief.

Elizabeth said she and her husband own just four rental units. She said their finances were wrecked by having tenants in one of of the units who stopped paying rent for a year and a half.

“Everything snowballs when your primary source of income is suddenly cut off with no recourse,” she said.

After all the missed rent, the lawyers fees, and the cost of cleaning out the apartment, Elizabeth said she and her husband lost more than $100,000.

State Says Tenants Must Apply For Landlords To Get Help

California’s multi-billion dollar rent relief program was supposed to make landlords whole. But like other landlords, Elizabeth hasn’t been able to get rent relief because of the state’s requirement that tenants be involved in the application process. Her former tenants have been unreachable.

“Eligibility is solely based on the tenant household,” California Department of Housing and Community Development spokesperson Alicia Murillo said in an email.

“In cases where the tenant application has been denied or deemed incomplete and non-responsive, then the household has not met the requirements for participation,” she said. “Under those scenarios, and under the state’s modified rental protections, the tenant would not be protected and can be evicted.”

So far, most rent relief applicants in L.A. County have not received funding, according to state data.

L.A. County’s Department of Consumer and Business Affairs points landlords toward a program offering some small landlords facing foreclosure up to $30,000 in mortgage relief. However, the program is off-limits to property owners within the city of L.A., and only available to landlords within certain county supervisorial districts.

The city of L.A.’s housing department encourages struggling small landlords to reach out to L.A. Represents, a coalition of local legal aid providers offering pro bono help to tenants and small businesses affected by the pandemic.

The System Worked For One Tenant — But She Sees Flaws

Back at the Studio City duplex, Laurie said she can see the dilemma from both sides. On the one hand, landlords can suffer when rent is withheld. On the other, tenants who faced financial hardship from the pandemic shouldn’t have been forced into homelesness, she said.

“I’m sure there were landlords out there that were like, ‘You can’t pay? Get out,’” Laurie said. “[They] probably would have booted people out in the middle of a pandemic, which is not cool.”

Laurie also had to stop paying rent after she lost income during the pandemic. She applied for rent relief, and said her landlord Elizabeth was totally supportive. The money was approved, Elizabeth did her part in filling out the necessary paperwork, and she received the funding.

Based on her experience, Laurie said she’s seen the state’s tenant protections and rent relief process work as intended. But she said she’s also seen tenants take advantage of the law.

“There are people on both sides, always, that are gonna abuse the system,” she said.

For now, tenants in L.A. are covered by state and local protections. State rules against evicting tenants over non-payment of rent will expire on April 1, but L.A. city and county rules are set to continue until at least 2023.

According to a 2021 study from UC Berkeley’s Terner Center for Housing Innovation, most small apartment buildings across the country (defined as four units or less) are owned by individuals, not large corporations. And those individuals often lack the savings needed to withstand years of missed rent.

If L.A.’s eviction protections continue without landlords getting rent relief, more mom-and-pop landlords will be driven out of business, said Robertson of the Coalition of Small Rental Property Owners.