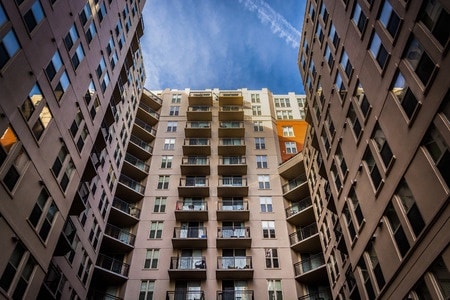 In early 2020, multifamily was a robust asset class in Chicago, with rising rental rates across nearly all property classes and submarkets. In early 2021, there is a lot more uncertainty in the sector, as the pandemic has left us with a lot of unanswered questions about the near term.

Ralph DePasquale, managing director at Berkadia moderated a panel discussion during the recent Commercial Real Estate Forecast Conference dealing with that exact topic. The panelists touched on a number of topics, from interest rates to rent collection to affordable housing measures.

John Przybyla, managing director at Horvath & Tremblay, talked about the migration of residents now underway from the city center out to the suburbs. This is in part due to the immediate health and safety concerns of living and traveling in a dense area, but also the higher affordability in the suburbs, especially outside the reach of Cook County taxes. He also pointed to northwest Indiana as a landing spot not only for many Chicagoland residents, but investors too.

Rising vacancy rates, particularly in the CBD, are a slight cause for concern, though Vicky Arroyo, executive vice president, commercial real estate lending at BankFinancial, said they alone aren’t scaring lenders away, as most consider the pandemic to be a short-term issue. That said, vacancy is likely to get worse before it gets better.

“For 2021, we expect vacancy rates to be worse than in 2020. We are anticipating that the other shoe hasn’t fallen yet,” Arroyo said. “Uncertainty means that banks have to proceed with caution.”

For property managers, 2020 could have been a lot worse, according to Josh Hanna P.C., partner at Kirkland & Ellis LLP. Landlords’ concerns that tenants wouldn’t be able to pay their rent shifted from April to May to June until eventually it became clear that a rent apocalypse likely would not be coming. For those who haven’t been able to keep up, however, the end may be nigh.

“From a legal standpoint, these eviction moratoriums continue to be extended which means that tenants not paying are not relieved of rent,” said Hanna. “Whenever extensions end, there will be large payments due.”

When that time comes, we may see a lot of evictions. Lenders have thus far been understanding with owners and operators, often agreeing to offer forbearance protection.

Michael Hayford, director of multifamily business development, Midwest at Kastle Systems, touched on some the ways that technology has altered the property manager’s role at multifamily buildings. One cutting edge system uses AI and multiple cameras to detect and track suspicious activity.

For example, if five or more people are spotted on camera gathered together at a garden-style property, that potentially means something nefarious is about to occur. The system can home in on each individual and track them as they leave the site.

On the topic of affordable housing, Przybyla said that developers, municipalities and community groups need to be on the same page. There is a large stigma associated with these types of properties, when really there shouldn’t be. And, as he pointed out, the revenue stream can actually be more stable than market rate.

“From a rental standpoint, it’s good cash flow,” Przybyla said. “During the pandemic, a lot of rent collection was 100 percent.”

Hanna reminisced about sitting on a panel at the 2020 Multifamily conference—the last in-person event that REjournals hosted before the pandemic. As he recalled, he was the only speaker that was bearish about the near-future multifamily sector due to COVID-19. As he sees it now, there’s a bit of a rush to get back into the market, with particular interest in multifamily spaces.