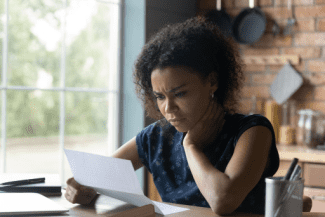 In the past year, 58% of renters said their housing costs have risen, according to a new Freddie Mac survey. While 40% of respondents had seen no change in their rent costs, 15% cited increases of 10% or more and 11% cited jumps by more than 20%. However, only 38% of renters reported wage increases over the same period, with nearly one-third saying that the raises wouldn’t be sufficient to cover the higher rents.

In addition, the survey found that more than half of the renters who experienced a rent increase in the past 12 months said they are extremely likely or somewhat likely to miss a rent payment.

Freddie Mac’s nationwide online survey, which was conducted between June 6 and June 10 among a sample of 2,000 American consumers 18 and older, sought to gauge the impact of rising prices on housing choices.

“The surge in rents that took place over the last 12 months has created even greater housing uncertainty for the most vulnerable renters,” said Kevin Palmer, head of Freddie Mac Multifamily. “Our survey shows that the national housing affordability crisis is worsening, and that inflation is a key driver. Freddie Mac Multifamily is charging toward a record year for our affordable housing work, but it’s going to take a concerted, sustained, and comprehensive effort to turn the tide.”

Other findings from the survey included: