Q: I own a rental home some 150 miles from my primary residence. Recently, my tenant informed me that there was water flooding the backyard.

She wasn’t sure what the source of the water was at the time, but we both suspected the landscaping sprinkler system had malfunctioned or was leaking underground. 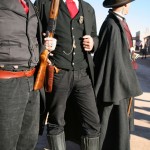 When I hadn’t heard from her by noon, I called her at work and she told me she had called the water department. They told her they could come out and shut off the water at the meter at the street, but that was the limit to their services in these situations. That sounded reasonable and would allow me to get someone out that day to investigate the problem and resolve it.

However, I was shocked when she told me that she refused because she didn’t want to be without water in the home that evening. That meant that the water continued to leak and flood the yard all day.

I couldn’t hide my anger very well when she told me she didn’t want anyone in her house to make repairs while she was at work. In addition, she said I would have to pay for the wasted water. Can a landlord be held responsible for a tenant’s water bill when she refuses to have the water turned off or refuses to let me get a repairman in to resolve the problem?

A: The failure of the irrigation system is the landlord’s responsibility. You are also responsible for the costs of the repair work unless you can show that the tenant was negligent or intentionally caused the damage. Normally, you should always receive permission from your tenant to enter the rental home and that generally would include the yard as well.

However, you have an emergency situation and clearly the water needs to be stopped so that there is no further damage.

It does not sound like the tenant did anything wrong to create the flooding of the backyard, but you are concerned that the tenant refused to cooperate and made the problem worse. I think you have a valid point.

I understand that the tenant did not want anyone to enter her home — that is not an unreasonable request if the repair is not an emergency. However, leaking water is an emergency even if it is outside, as the water could do a lot of damage to the yard, the rental home and even the neighbor’s property if the quantity is significant.

These days, the cost of water in many areas is quite high, and the needless waste of precious water is not good. So I believe your tenant has an obligation to cooperate in any reasonable way so that you could quickly make the needed repairs.

The tenant’s most obvious error was failing to allow the water department to shut off the water at the meter. This would not require access to the interior of the rental home, because the water can be turned off at their meter on the street. While only a temporary measure, this would have at least minimized the continued flooding of the backyard. From what you described as the likely source of the water being an irrigation line, there would not be any need to enter the house and you should have sent someone out to the property immediately.

Often the irrigation system will have a separate valve that can be turned off quickly and easily and that would resolve the flooding problem while still allowing your tenant to have water for indoor domestic use. You would then likely have a few days to find someone who can track down the irrigation leak and make the necessary repairs. Especially with all of the flooding, you will need to give the yard a chance to dry out.

Again, your tenant may protest someone entering the backyard, but your state laws or your lease most likely would allow taking actions under the circumstances. The water bill will most likely be higher at the next billing cycle, and once the actual amount is known you can then discuss who is responsible for the increased usage.

It is not going to be easy to calculate, but an argument can be made that you are responsible only for the additional water used up until the water department could have been out to the property to shut off the water.

Your situation also illustrates the challenge for absentee landlords who have rental properties quite a distance from where they reside. If you were in the area then it would have been very easy for you to go to the property yourself to see whether you could determine the source of the water or turn off the valve yourself.

You may want to look into hiring a property management firm or at least have reliable vendors you can call to immediately respond to future problems.