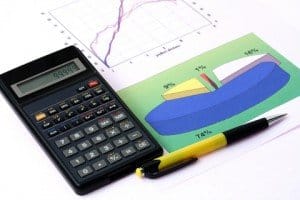 According to a report just released by Axiometrics, supply of new apartment stock is pushing up occupancy rates and cooling rent growth in many city centers.

The company’s apartment market statistics for the first quarter of 2014 show that the increase in urban submarket supply in 2013 steadily eroded occupancy “ and in some cases, effective rent growth “ during the quarter. With more units anticipated to deliver in many of these submarkets — as well as nationally — Axiometrics analysts are forecasting continued occupancy erosion for the remainder of the year.

Among markets analyzed by Axiometrics, the Gold Coast/River North submarket in the Chicago-Naperville-Joliet, IL showed the largest drop in occupancy, following the addition of 1,905 units in 2013. Right behind were the Washington, DC, Capitol Hill/Southwest Chicagos Loop at -1.4%. Both of these submarkets, incidentally, will have more new supply in 2014.

In fact, not many of these urban submarkets are cutting back on supply, even with falling occupancy rates.

According to Axiometrics numbers, some locations, such as Houston’s Montrose/River Oaks submarket, are boosting supply because of continued strong annual effective rent growth.

There are a few exceptions to urban core occupancy declines. Atlantas Fulton and Nashvilles downtown submarkets showed positive year-over-year occupancy change of 0.7% and 1.0% respectively, even with new deliveries coming to the market. Also, both of these submarkets demonstrated annual effective rent growth of 5.67% (Atlanta/Fulton) and 5.61% (Nashvilles Downtown/West End/Green Hills) during the first quarter of 2014. Both submarkets will also increase their supply in 2014.

Meanwhile, the Seattle-Bellevue-Everett, WA, downtown submarket, with an annual effective rent growth of 5.75%, added 2,395 new units in 2013 and is forecast to bring an additional 3,743 units on line during the remainder of 2014. This is occurring, despite only a very a slight uptick in occupancy year over year.

But according to Jay Denton, Axiometrics vice president of research, these submarkets are more the exception than the rule. The occupancy decrease within these urban cores isnt surprising, especially given the amount of new supply coming to the market, Denton said. These submarkets will likely continue to see occupancy drop throughout 2014 in the face of increasing supply.

Axiometrics is the only multifamily research provider to survey every property in its database at the floor plan level every month. Every property. Every month. Only Axiometrics. Learn more at www.axiometrics.com or by calling 214-953-2242.

Read more
Federal Appeals Court...
A federal appeals court panel has appeared skeptical of a Seattle law preventing landlords from...
Read more
Real Estate as a Hedge...
With inflation reaching levels not seen in decades, real estate remains an attractive investment...
Read more
The Factors of a...
Location, location, location. In a real estate boom, homebuyers will clamor for almost any house...
Read more
Vacant Zombie...
Zombie Foreclosures Up 3 Percent from First to Second Quarter of 2022 as Foreclosure Activity...
Read more
Single-Family Rental...
There were declines in three-quarters of US counties. It’s a challenging market for single-family...
Read more
SoCal Apartment Rents...
The average rent in Orange County reached $2,476, an 18.2% jump over the same time period the year...
Read more
5 reasons why rents are...
Inflation, demographic shifts and supply shortages have created a perfect storm of rent growth Over...
Read more
No, Californians...
It's a popular perception, but increased numbers of people moving into Texas from out of state,...