Multifamily Housing May Be the New American Home 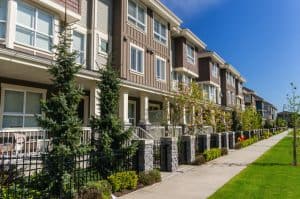 Zoning laws have often kept single-family homes as the only viable option for builders. But now states such as Virginia are rethinking what the American home should be, drawing on concerns about environmental impact and racism. A new bill introduced in the state’s legislature would legalize duplexes, cottages, and accessory apartments, even in zones for single-family homes. And home builders have already started jumping in on the game with new housing models that blend the look and feel of a single-family home with the affordability and practicality that the younger generations crave: Think of a standard single-family house with a fully-functional apartment nestled inside.

Like many places in the United States, in much of Virginia, if you have a piece of land it’s illegal to build anything but a single house on it. That could change if the state passes a new bill that would legalize duplexes, cottages, and accessory apartments across the Commonwealth, including anywhere that zoning only allows single-family homes.

State delegate Ibraheem Samirah (D-Herndon), who introduced the bill, says it’s meant to lower housing costs, tackle the region’s housing shortage, and address single-family zoning’s long legacy of racism and exclusion. Some folks are pretty upset about it, whether because it offends their politics or it challenges their idea of what suburban neighborhoods should look like.

The idea of allowing different types of houses in a neighborhood isn’t new. And no, I’m not talking about beloved historical neighborhoods like Old Town Alexandria, or the Fan in Richmond, Ghent in Norfolk, and so on. I’m talking about homebuilders, in modern-day suburbs in Virginia, messing around with the concept of “the single-family house” as we speak.

After the Great Recession and housing bust, high unemployment drove nearly a third of American households to “double up” by 2011, as relatives moved in together to save on housing costs – or, in the case of aging parents – medical costs. This was particularly common in immigrant and non-white families. In response, national homebuilder Lennar introduced the “NextGen home,” or as they called it, a “home within a home.”

The NextGen home looks like a typical suburban house on the outside, but inside it has a self-contained apartment, typically with a bedroom, living room, and kitchenette. The apartment has a door connecting it to the main house, as well as a discreetly hidden private entrance to the street. Lennar started building them in Virginia around 2016, and said that 55% of the people who buy them are doing it for an aging parent.

Read more
Climate Change Could...
You’ve always paid your homeowners insurance bill on time and never even filed a claim. So why did...
Read more
The Real-Estate Game Is...
Supply-chain issues and resulting inflation may soon prompt rate hikes from the Federal Reserve....
Read more
Should You Become a...
While the flexibility and cash flow are attractive, there are many things to consider before jumping in...
Read more
Apartment Owners Lean...
From green rooftops to energy reporting software, technology is playing a starring role in helping...
Read more
Add Authenticity With...
We can add authenticity to our leasing presentation when we include resident testimonials.  In...
Read more
A Deep Dive into...
Multifamily experts on what this issue means for the industry's future. As rent control and rent...
Read more
What Is a Section 1031...
Whether you’re just dipping your toes into the real estate investment world or a seasoned investment...
Read more
Here Come the...
It’s tough to keep moving forward if you don’t consider what is waiting to trip you up. There are...