Continued Growth Expected Across Most Apartment Markets in 2013 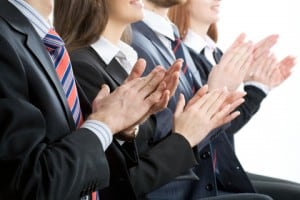 Axiometrics Inc., the leading provider of apartment data and market research, reported last week that the national apartment market averaged a healthy 3.85% effective rent growth rate in 2012, down slightly from an average of 4.75% in 2011.

While Axiometrics expects some moderation across different markets this year, especially as new supply begins to come online in much larger numbers, it is forecasting effective rent growth to remain positive in 2013 at an average rate of 3.6%.

The firm is also tracking almost 164,000 new units that are scheduled for delivery in 2013, nearly double the 2012 delivery total of approximately 86,000 units.

Class B properties were fairly consistent over the same period, improving just slightly from 3.8% to 3.9%.

Axiometrics is forecasting the national average occupancy rate for stabilized product to rise yet again in 2013, to an average rate of 94.9%. In order to achieve this growth in occupancy, Class C properties will need to maintain the momentum they generated during 2012.

Class A properties’ average occupancy in December was 94.9%; the first time at the national level the group averaged less than 95.0% occupancy since February 2011. While no definitive trend can be established at this point, Axiometrics notes that this rate will receive closer scrutiny in the coming months to determine if the decline below 95.0% for Class A properties is attributable to normal seasonality or whether it may indicate an impact from the growth of new supply.

As of late December 2012, Axiometrics was tracking 226,674 apartment units that were under construction but had not yet begun leasing (this figure includes only market rate units at complexes of 40 units or larger, and does not include student, senior, affordable, or condo properties). At the same time, there were 120,067 units in lease up, of which 40,369 units were at properties where construction had not yet finished.

New construction continued to increase in 2012, translating into more deliveries in 2013, with a concentration in Washington, DC; Dallas; New York; Seattle; Austin; and Houston.

Read more
Federal Appeals Court...
A federal appeals court panel has appeared skeptical of a Seattle law preventing landlords from...
Read more
Real Estate as a Hedge...
With inflation reaching levels not seen in decades, real estate remains an attractive investment...
Read more
The Factors of a...
Location, location, location. In a real estate boom, homebuyers will clamor for almost any house...
Read more
Vacant Zombie...
Zombie Foreclosures Up 3 Percent from First to Second Quarter of 2022 as Foreclosure Activity...
Read more
Single-Family Rental...
There were declines in three-quarters of US counties. It’s a challenging market for single-family...
Read more
SoCal Apartment Rents...
The average rent in Orange County reached $2,476, an 18.2% jump over the same time period the year...
Read more
5 reasons why rents are...
Inflation, demographic shifts and supply shortages have created a perfect storm of rent growth Over...
Read more
No, Californians...
It's a popular perception, but increased numbers of people moving into Texas from out of state,...