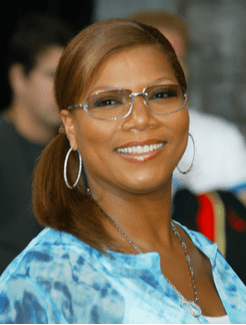 Queen Latifah went from Newark, New Jersey, to Hollywood, gaining fame and fortune as a celebrated rapper and actress. But she visited her hometown Tuesday to talk about real estate.

Latifah, born Dana Owens, was in Newark for a formal groundbreaking ceremony for a commercial real estate project she’s spearheaded developing and has invested in. When completed, Rise Living will have 76 residential units, with 16 of them designated as affordable housing, with market rate rents set to start at $1,800. The complex will also have 1,900 square feet of ground-floor space for nonprofit organizations.

Downtown Newark, near the city’s transit hubs, has seen and has in the pipeline billions of dollars of commercial development, including high-rise office buildings, apartment towers and stores such as Whole Foods Market. But as Latifah pointed out at Tuesday’s event, the neighborhood around her project at 650 Springfield Ave. in the South Ward isn’t a place where developers are flocking to and pouring in money to build. But it is a neighborhood where residents should be able to find a nice apartment that they can afford, according to Latifah, housing that she would like to reside in.

“Queen Latifah should be able to live in the city she was born in. … I don’t want people to think that they can’t live in their own communities,” said the award-winning actress, who stars in the CBS prime-time series “The Equalizer,” which is filmed in New Jersey.

Rise Living is a collaboration between Life Assets Development, which was founded by Alberto Goncalves, who is its CEO and was at the event; GonSosa Development; and BlueSugar Corp., a company co-founded by Latifah and where she serves as co-president. The project’s goal is to transform several properties along 19th Avenue, South 16th Street and South 17th Street into modern housing and mixed-use spaces.

“We want to see this area rise,” Latifah said.

Rise Living’s site on Springfield Avenue was in need of transformation. At the groundbreaking, Newark Mayor Ras Baraka recalled that several years ago a motorcycle rally had been held in the neighborhood. Some of those people gathered at an abandoned building, a fight broke out, chaos ensued, and a 15-year-old youth was shot and killed. Within hours of that tragedy, that very night, Baraka said he had the city tear that building down. That location is where Rise Living is being constructed.

“This is going to be a linchpin for so much development in this area,” according to the mayor, who has strived for all residents to be well served by new real estate projects.

Latifah said she remembered the fatal shooting that Baraka referred to, and that she wanted her development to be “special” and memorialize the site.

Latifah comes from a family that was dedicated to service, according to the mayor. Born in Newark, her father was a police officer in the city and her mother was a teacher. Latifah pointed out many of her relatives in the crowd, people who she said still live in the neighborhood where Rise Living is located. She said her bodyguard is a former Newark homicide detective whom she has known since she was 12.

“This is where Sarah Vaughan is from, south Newark,” Latifah said, referring to the noted jazz singer. “I’m proud to be from here.”

Years in the Making

The multifamily project is seven years in the making. The land was acquired from the city, and the development had some delays and became what Latifah described as an “uphill” process at times.

“This has taken many courses, but it’s come to here,” Latifah said.

Work on the site finally began in January, and the formal groundbreaking marked the next phases of the development. Preleasing is expected to start in July.

“We’ve got walls up, we’ve got windows,” said Latifah, who said she was getting emotional seeing the progress.

A throng of reporters and TV camera crews attended the event, and Latifah stopped for interviews and to answer their questions after the ceremony. She still had on a construction hardhat from the ceremony and wore a bright green blouse and matching pants, topped by a voluminous leopard-print coat that had shades of orange.

Latifah’s project will include a fitness center, business center, charging stations for electric vehicles and ground-floor parking spaces. Its amenities will include touchless entry and free Wi-Fi in all common areas, online portals for maintenance and rent payment, washers and dryers in units, hardwood floors, green roofs in select units, air conditioning and stainless steel appliances.

“I don’t want to go halfway on anything,” Latifah said.

She also reached out to Newark Museum of Art CEO and Director Linda Harrison to have a fence wrap created for the development that features artists from the city.

Tuesday marked the 30th anniversary of her brother’s death in a motorcycle accident, according to Latifah. The groundbreaking event changes “what could be a sad day into what couldn’t be more of a joyous day,” she said.

Read more
It’s Hurricane...
The Atlantic hurricane season puts at risk 19 states that border the Gulf and Atlantic coasts — about...
Read more
5 Reasons Why Buying...
By Cheryl L. Sain, author of 10 Things You Need to Know About Land Learning how to properly and...
Read more
Key Takeaways from...
The White House hosted a first of its kind virtual Eviction Reform Summit in early August so here is a...
Read more
Rents fell in some...
Overall, median rent across the country’s 50 largest metropolitan areas grew last month, but the Los...
Read more
The Top Destinations...
Nearly 11% of all renters interested in moving out of state chose Texas. US renters are increasingly...
Read more
Landlords try to stop...
Ballots haven't even been printed yet, but already a group of landlords, apartment managers and...
Read more
Apartment Demand...
Renters leased 700,000 additional apartments last year, more than doubling the five-year average. They...
Read more
7 Reasons a Tenant Can...
Reasons to sue a landlord Landlord-tenant laws vary depending on where you live, says Samuel...