Home·Property Management·New York After Covid-19: How Are Rent And Real Estate Prices Doing?

New York After Covid-19: How Are Rent And Real Estate Prices Doing? 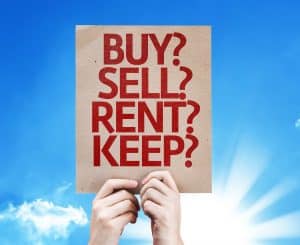 New York real estate was on shaky ground last year, as it was among the first epicenters in the U.S. for the Covid-19 pandemic. Stories of New Yorkers fleeing for the suburbs and commercial buildings across Manhattan rapidly shutting down cast a dark shadow on what was once prime real estate, then losing billions of dollars in income.

Many people worried that New York might not recover. Die-hard New Yorkers like comedian Jerry Seinfeld, however, didn’t flinch in the face of a global pandemic. In an op-ed piece for the New York Times, Seinfeld responded to a writer who proclaimed the city was “dead forever,” by stating that the city “will sure as hell be back.”

And he was right. Broadway opened up this month, after being shut down for roughly 17 months. Relaxed restrictions also ushered in concerts, festivals and indoor events. And the head-turning discount apartment deals that landlords were offering last year to lure renters into the city, like free rent for a few months, began to disappear.

“The last several months have been the busiest months I have seen in more than 20 years,” says Maria Daou, a broker at Warburg Realty in Manhattan. “There’s no comparison to last year. Everything came to a screeching halt last spring, and everyone wrote New York City off. They were very wrong.”

In the midst of what some have dubbed New York’s “hot vax summer,” Hurricane Ida dealt a deadly blow to the city earlier this month as monumental flooding and historic rainfall caused billions in damage.

Folks who lived in basement apartments were most vulnerable to Ida, where flooding killed at least 11 people in their homes. Basement apartments, which are below curb level, are often illegal. Unless they’re upgraded or designed to meet the Department of Buildings (DOB) code requirements, basement apartments can be highly dangerous since they typically lack proper ventilation and have just one exit, which can be deadly in an emergency.

“People shouldn’t keep anything important in basements, like birth certificates or valuables,” says Aaron Hillel, a real estate agent at Hillel Realty Group in Manhattan. “And they shouldn’t sleep in them. The flooding we saw with Ida was horrific.”

As for how it will affect real estate, Hillel says that Ida likely made management companies and landlords aware of the need for flood insurance, even though a lot of the homes that were damaged were not in flood zones that would require such coverage. Typically, a standard homeowner’s or renter’s insurance policy does not cover flood damage.

Basement apartments are popular among people with lower incomes as well those who might not qualify for a formal living arrangement, such as undocumented immigrants or people with a poor credit history. According to Brookings, they’re especially popular in high-cost cities like New York.

But even after a deadly pandemic and storm, it doesn’t look like rent and real estate prices will get any cheaper going forward.

NYC Homebuyers Will Pay More Now Than in 2020

New York’s real estate market did an about-face this spring, says Michael J. Franco, a New York broker at Compass.The peak months were April through June, with a slight cooling in July and August mainly because of less inventory.

“If something is priced correctly, it will sell quickly, and sometimes over the list price,” says Franco. “Some properties (not properly priced) are still languishing on the market.”

In all five boroughs, the median sales price of single-family homes and condos were up in June compared to a year ago, according to data from ATTOM Data Solutions.

In New York County, single-family homes saw a 9.9% increase; followed by Richmond County with an 8% rise; and Queens County had a 5.6% boost. Both Kings County and Bronx County saw considerably lower price gains with 1.4% and 1.3% bumps, respectively.

Rent Deals Disappear As the City Opens Up

During the height of the pandemic the rental market faced extreme vacancy rates, leaving property owners with empty apartments as people fled the city and potential transplants stayed away. Landlords tried wooing tenants with free rent, parking and better amenities. However, most of those perks are off the market today.

“The rental market is back,” says Julie Gans, a real estate salesperson at Compass Real Estate in New York. “Rents are definitely increasing and landlords are not offering concessions anymore.”

Newly engaged couple Dan Sellersand Mia Pinero left Brooklyn after Covid hit last year, leaving Pinero out of her Broadway job. The 27-year-old had just made her debut on Broadway as Maria in West Side Story, when the production closed in March 2020 due to the pandemic.

Sellers, an engineer, was able to work remotely. But for Pinero, the safety-net jobs that many people in the entertainment industry often fall back on, like restaurant and childcare work, were also gone. So, the couple decided to sublet the apartment, go home to Wisconsin and spend time with family for a couple of months. Those months turned into a year.

“We missed New York while we were gone. In a way, we felt like we abandoned our home, and we even went back and forth as to whether it was a good decision,” Pinero says. “But in the end it worked out.”

The couple returned in May and found a better apartment across from Prospect Park for what Sellers estimates is around 20% less than what it’s worth, and right before deals like that went off the market.

“We couldn’t have afforded this before Covid with regular pricing. This place has a balcony, a rooftop and an in-unit washer and dryer,” Sellers says.

According to data from ApartmentList, median rent on a one-bedroom apartment in Brooklyn jumped from $1,782 in August 2020 to $1,977 this August.

Manhattan rent has jumped by a little over 14% since last year.

Brooklyn’s vacancy rate has dropped substantially since its peak in the pandemic at more than 9%.

Although the Delta variant has made many consumers wary and sparked debate among lawmakers about requiring the vaccine for government workers, it isn’t creating the same flight instinct in New Yorkers, Gans says.

“If you didn’t move out of the City in the past 18 months due to the pandemic, shutdowns, school closures, unemployment or any other reason, you are probably here for the long term,” she says. “Most people who wanted to move already fled the city.”

As more businesses open and workers return to offices and onsite jobs, more people are moving back. But those who are moving back are thinking about their living space differently, says Daou.

People are “going for bigger apartments—preferably with outdoor space, in case they are stuck at home again,” she says.