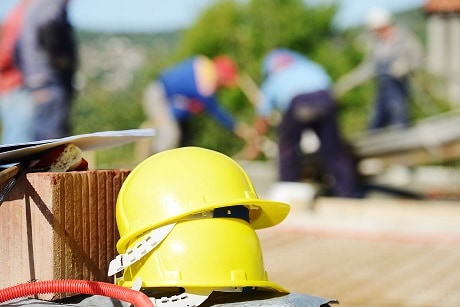 The National Association of Home Builders (NAHB) says its leading indicator for multifamily housing investment is showing waning confidence in that market for the months ahead.

The trade group released on Thursday, May 21, the results of its Multifamily Market Survey (MMS) for the first quarter of 2020. The MMS was taken in early April, capturing the initial effects of the coronavirus pandemic on the housing market.

Builders and developers responding to the survey reflected the lowest confidence in the apartment and condo market since the fourth quarter of 2009, during the height of the Great Recession.

“Leading up to the coronavirus pandemic, demand for apartments had been solid and development processes were normal,” Barry Kahn, president of Hettig-Kahn Holdings in Houston and chairman of the NAHB’s Multifamily Council, said in the NAHB announcement.

“Now, we’re seeing a lot of disruption in the market as builders and developers are trying to navigate the impacts on operations and collections, permitting, inspections, and financing,” Kahn said.

Production sentiment down, vacancies up

The MMS contains two segments. One is the Multifamily Production Index (MPI) comprising low-rate and market-rate rental units and condos for sale. It gauges sentiment about current conditions on a scale of 0 to 100. An index score below 50 shows more respondents are seeing conditions worsen rather than improve.

The first quarter score was 27 as all three types of properties fell in the eyes of builders and developers. At the end of 2019, it was 49. That score of 27 is the lowest since the fourth quarter of 2019.

Its companion Multifamily Vacancy Index (MVI) jumped 19 points to 59, with the higher the number, the higher the vacancies. A number over 50 indicates more property managers think vacancies are on the rise rather than decreasing. That score of 59 is also the highest since the fourth quarter of 2019.

At least the rent’s getting paid

“Like other sectors of the housing market, the multifamily market has been greatly affected by the effects of the pandemic,” said NAHB Chief Economist Robert Dietz in the announcement. “On a positive note, while multifamily construction has slowed significantly in the spring, rent revenue is coming in above some market participants’ expectations from a few months ago.”

The NAHB touts the MPI and MVI indexes as leading indicators, saying they have performed well as predictors of likely movement in census figures for multifamily starts and vacancy rates one to three quarters in advance. The U.S. Census Bureau already has recorded a sharp drop in new residential construction.