Max optimism for multifamily: Dallas and Austin developers share challenges of 2020, outlook for 2021 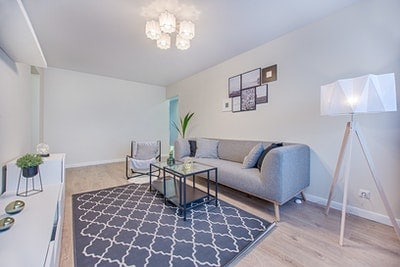 As the pandemic tightened its grip on America, resident safety and wellbeing remained the highest priorities for High Street Residential, one of the most prolific multifamily developers in the Austin area.

“We worked closely with our management partners to immediately adjust our operating practices to better enable social distancing within common spaces, such as creating a reservation system to better manage congestion within pool and fitness spaces,” said Matteo Pacifici, senior vice president at High Street. “We also implemented enhanced cleaning protocols to ensure safety within our common areas and enhanced our virtual leasing capabilities, providing new options for potential residents to research, tour and ask questions to property staff and residents virtually.”

While many of the changes made in multifamily environments were made with the short term in mind, it’s becoming clear that some may outlast the pandemic that prompted them.

“We expect that the composition of units will change in the future as more residents adapt to working from home regularly. We expect buildings in the future will provide more flexible unit formats to accommodate working from home by offering more dedicated office space within units themselves,” Pacifici said. “We also expect to see a greater emphasis on common workspaces within buildings versus other amenity offerings.”

In Dallas, multifamily development and construction company, Oden Hughes, is also designing its communities to better accommodate the increased number of employees who will continue working from home.

Adapting to work-from-home demand isn’t the only trend these multifamily developers have observed throughout 2020. In Austin, Pacifici said a steady flow of out-of-state residents to Texas continues to bring young, well-educated employees to the city.

The team at Oden Hughes is keeping its eyes on East Austin and Northeast Austin.

“East Austin remains very popular among young professionals drawn by the area’s close proximity to downtown and a great restaurant and bar scene that hopefully will recover by the end of the year,” said Oden Hughes vice president of development, Ben Browder, who oversees development in Austin. “Northeast Austin is also becoming more attractive as a major expansion of U.S. 183 nears completion. This project will significantly reduce commute times for workers heading downtown and to Northwest Austin.”

Dallas suburbs are outperforming the infill markets as well, according to Beaver, who points out that is the opposite of what we saw coming out of the Great Recession.

“The suburbs have been on fire, from both a leasing and transactions standpoint,” he said. “Our Lenox Castle Hills community in Carrollton was our best lease up yet company-wide, with all 430 units leased up in just over a year.”

Beaver suggested that millennials are leaving the city after having kids, fueling demand for housing in North Dallas suburbs, such as Frisco, Plano, Garland, McKinney and Carrollton.

“The trend has accelerated during the pandemic as more families and single young professionals have sought more living space,” said Beaver.

Looking ahead, he said he’s optimistic about the multifamily sector in the Dallas market as the area adds new jobs and residents and home prices rise. Beaver said young professionals are drawn to Texas by the lure of the low cost of living and availability of high-paying jobs.

“The Dallas economy is very diverse and also continues to attract companies seeking to lower their cost of doing business and the cost of living for their employees. CBRE, Charles Schwab and the aviation supply company Incora all announced plans to relocate their headquarters from California to the DFW area last year, while California-based advanced manufacturing firm Titans of CNC announced a major expansion in the area,” Beaver said. “We believe that more companies from expensive coastal areas will relocate to or expand operations in DFW in 2021 and beyond.”

Similarly, Pacifici added that Texas’ capital city recovered a higher percentage of jobs lost during the pandemic than any other market in Texas and is outperforming most other major cities in that regard.

“Austin is also benefiting from a wave of corporate office relocations and expansions announced over the last 12 months that will translate into thousands of new jobs in the metro,” he said. “These factors should contribute to improving performance.”

Those relocations and expansions are predicted to add more than 10,000 jobs to the Austin market over the next few years. Tesla alone, Browder said, is expected to employ more than 5,000 people at its under-construction gigafactory.

“At the same time, Austin’s extremely low housing inventory continues to push single-family home prices out of reach for more and more workers even in the suburbs,” he said. “The combination of strong population growth, low housing inventory and rising home prices will continue to fuel demand for more apartments in 2021, particularly in locations near employment centers, retail and recreational amenities.”

If Austin and Dallas multifamily developers have proven anything this year, it’s that they can overcome once-in-this-lifetime challenges and even celebrate some successes, including Oden Hughes’ 10th year in business.

“We broke ground on new developments in the Austin, Dallas and Houston areas while also continuing to grow our third-party general contracting businesses in these markets,” said Beaver. “It was a tough year for everyone, but we were very fortunate to be able to adapt.”

Being able to find and focus on those silver linings is how the most successful developers push forward, a trait that will help propel them into 2021 and beyond.