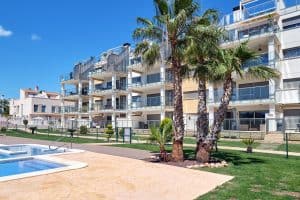 With lease-up periods running anywhere from a year or two—or sometimes longer— some apartment developers have figured out how to monetize their empty, yet-to-be-leased units by turning them into short-term hotel rooms.

One of the latest to turn to the pop-up hotel concept is the Kiley, a new 315-unit building that just began leasing in Washington D.C.’s Capital Riverfront neighborhood where the UIP Cos. has turned over 125 units to a locally-based company to operate as short-term rentals.

For UIP, the benefits are two-fold, said principal Peter Bonnell. It creates energy when the building is in its infancy.

“With more people around, it makes the building come alive. Otherwise, it will still be vacant,” said Bonnell.

But at the same time, it generates revenue during the lease-up period. Bonnell expects to rent about four units a week at the Kiley, which features a host of environmentally friendly amenities that, when taken together, earned it the LEED Silver certification from the U.S. Green Building Council. So it will take more than a year to fill.

Under UIP’s arrangement with WhyHotel, the two companies will share start-up expenses, and revenue generated from the hotel units will be used to pay back those costs. Any profit after that will be split between them. Because of a confidentiality agreement, Bonnell said he could not reveal the percentage of the profit each company will receive.

WhyHotel will give up its apartments in the Kiley as they are leased. Units will be returned to the developer rent-ready. When all of its units are leased, the company will fold-up shop and move on.

Created in 2017 by former apartment developers, WhyHotel could just as easily be called WhyNot, because it offers one of those rare win-win situations for developers as well as consumers. Developers use it to generate income and activity, while occupants get the value and space of a home share similar to what Marriott and Airbnb offer in the short-term home rental sector plus the consistency and service of a hotel.

The Kiley, for example, includes a wide mix of apartments, ranging from studios to three-bedrooms and two-story lofts. And the list of amenities are just as broad. Among other things, there’s a rooftop pool and recreation area the size of two football fields, 24-hour concierge, garage parking with charging stations for electric vehicles and touchless elevators. A separate fitness center with a yoga studio, sports simulators and a gaming area are on the lobby level.

Would-be hotel clients include more than just tourists looking to stay for a week or a weekend. One ideal prospect would be someone who is thinking about taking up full-time residence in a building but would like to try out the place or the neighborhood before signing a long-term lease.

Another candidate might be someone who has already committed to the property and needs a place to stay while his or her apartment is being readied for occupancy. And a third could be a road warrior who comes to town during the week and heads home for the weekend, repeating the scenario over and over again.

In a deal with AMLI Residential’s 700-unit, three-building Midtown Miami property, WhyHotel, which has a number of locations in the D.C. area and describes itself as a turnkey hotel operator, is now expanding beyond its Washington roots. And similar companies are, well, popping up throughout the country—Stay Alfred in Spokane, Wash.; Stay Tony in Los Angeles; London-based Yotel and the more outdoorsy Collective Retreats in Denver and PopUp Hotel and Flash Camps in Australia.

The concept works for apartments, especially luxury properties with lots of hotel-like amenities, but not for condominiums and co-ops, according to Vuong. Condo buyers want brand new, never before lived-in units, the WhyNot executive explained, whereas renters don’t care as long as the place is clean. Also, condo buildings can sell out in advance, while apartments don’t usually start the leasing process until shortly before the building is ready for occupancy.

WhyHotel units are priced like any other hotel, Vuong said. But the rooms are larger and better equipped. The kitchens at the Kiley, for instance, feature subway tile backsplashes, stainless steel appliances and under-cabinet lighting. Each residence also comes with a full-sized washer and dryer.

WhyHotel’s rivals have similar but different modus operandi. Stay Tony, for example, offers to finance rents for qualified residents, interest-free for six months or with interest for a year. Launched by real estate agent turned developer Tony Diamond in Los Angeles in 2012, it is said to be the first short-term, furnished corporate housing company offering financing rather than requiring cash on the barrel head.

Stay Tony’s concept works for people who are relocating for any reason, but it particularly suits those taking a temporary job assignment, vacating homes while they are being extensively renovated or coming to town for medical purposes. Another possible candidate would be a young college grad moving to the area to start a new career.

Diamond believes his MO is a “game changer” because it allows residents to preserve their cash.

“One of the biggest paid points for moving to a new city is the huge up-front cost,” he said.

Diamond’s partner in the endeavor is Uplift, a travel financier which offers pay-monthly options for vacationers.

“People already finance one-time life events like weddings, medical procedures and vacation,” he said. “We thought, why not finance the life event of relocating.”