Court rules that an email can create a legally binding contract 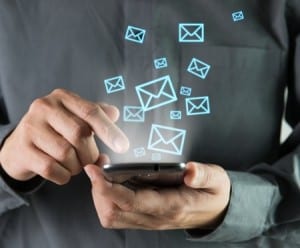 Real estate agents might want to be more careful about when they hit that ‘send’ button, as whatever they say in an email could be legally binding, according to a July ruling by a New York State appellate court. The advice is especially prudent when conducting negotiations over email, experts say.

The case in question was in regard to settlement negotiations that took place via an exchange of emails between two attorneys. They were said to be negotiating a settlement and one of the messages confirmed agreement to a $400,000 sum as settlement. That email ended with the sender’s standard signature block but did not include the attorney’s typed signature. After receiving that message, the other attorney agreed to and confirmed the settlement amount.

The attorney who sent the email later claimed the amount was an error and argued the email exchange did not create a binding agreement as they didn’t type their name into the email message. A trial court initially agreed with that view, as previous cases have ruled in the past, Forbes reported.

However, a higher court reversed that decision in a new ruling.

“We now hold that this distinction between prepopulated and retyped signatures in emails reflects a needless formality that does not reflect how law is commonly practiced today,” the court ruling read. “It is not the signoff that indicates whether the parties intended to reach a settlement via email, but rather the fact that the email was sent.”

“This case means that pressing ‘send’ on an email is now potentially equivalent to signing a piece of paper containing whatever statements appeared in the email,” Forbes.com columnist Joshua Stein commented. “An actual typed signature is not necessary.”

The court further ruled that for an email to bind parties to an agreement, it must summarize all “material terms” of any deal that’s being discussed. In this case, the material terms constituted the amount of money to be paid.

To absolve yourself from any legal responsibility, Stein recommends making it clear in writing that your email does not intend to create any form of binding agreement. A lot of standard email disclaimers already state this automatically on every message sent. However, Stein said that senders should remain cautious even with a disclaimer in place and carefully check the contents of their emails before hitting that send button.

Read more
Despite quickly rising...
Of all the categories driving inflation in recent months, among the largest — and most persistent —...
Read more
Home Rental Property...
The winter season is almost near. And it’s not just the holidays, gifts, and celebrations that we...
Read more
5 Reasons Why Buying...
By Cheryl L. Sain, author of 10 Things You Need to Know About Land Learning how to properly and...
Read more
It’s Hurricane...
The Atlantic hurricane season puts at risk 19 states that border the Gulf and Atlantic coasts — about...
Read more
Key Takeaways from...
The White House hosted a first of its kind virtual Eviction Reform Summit in early August so here is a...
Read more
Rents fell in some...
Overall, median rent across the country’s 50 largest metropolitan areas grew last month, but the Los...
Read more
The Top Destinations...
Nearly 11% of all renters interested in moving out of state chose Texas. US renters are increasingly...
Read more
Landlords try to stop...
Ballots haven't even been printed yet, but already a group of landlords, apartment managers and...