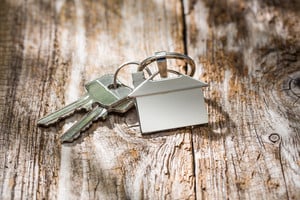 Canton landlords have the second-highest eviction rate among mid-sized cities in Ohio and it isn’t easy getting rid of a tenant, even when one isn’t on the lease.

Killing time between the morning pickup and afternoon drop-off Tuesday, Laura Speaks parked her school bus and hopped on Facebook.

An advertisement flashed on her cellphone for a used side-by-side Kenmore refrigerator.

“I thought, ‘Man, that kind of looks like my refrigerator,’ ” Speaks said. The photo had a kitchen table, mop and broom similar to those in a house she owns and rents out on Darrow Road.

She clicked on the ad, “shocked” by the name of the seller: Collin Cole.

Speaks said she has tried for three months to get Cole and another occupant, Laurel Lindquist, out of her only rental unit. Now, one of them is apparently selling her appliances, and she’s afraid the squatters will destroy the home before they leave.

The police declined to help, citing the due process rights of the man trying to sell Speaks’ appliances.

She asked about disconnecting the water since the public utility bill has reached $400. But the city categorically denies water shut-off requests for bills less than 90 days past due at “legally occupied houses” — a term that also applies to rental units in dispute.

Though they never signed a lease agreement, Speaks has to give Cole and Lindquist 24 hours’ notice before entering her property.

In the eyes of the law, Cole and Lindquist are not criminally trespassing — even though the property owner says they moved in without permission and never paid a dime of rent.

A previous tenant permitted by Speaks to be there invited them in. He moved out. They stayed. And Ohio judges have ruled that, in as little as 14 days, a squatter can assume the rights of a lawful tenant.

And so these two unwanted tenants, who Speaks didn’t know three months ago, are now the latest people in Akron facing eviction.

A Beacon Journal reporter reached Cole on Facebook. He said he “would love to tell … exactly what happened and why we are still here and why I’m making [Speaks] evict me.” But Cole did not answer multiple phone calls or call at the time he said he would call.

Lindquist said she’s looking for a place to store her belongings and live, but she’s got nowhere to go.

Researchers say landlords lawfully evict tenants at a higher rate in Akron than anywhere else in Ohio. Only 23 American cities reported higher eviction rates than Akron, according to the Eviction Lab at Princeton University.

Canton landlords lawfully evict tenants at the second-highest rate in the state for mid-sized cities, just behind Middletown. About 8.5 tenants in 100 are evicted in Canton and in 2016 there were 1,211 evictions in the city.

Squatters who claim tenants’ rights are a small piece of the local eviction puzzle. But the circumstances of their occupations serve as a cautionary tale that tests the legal protections and rights of landlords and tenants.

Speaks has been preparing for the possibility of her first eviction filing for weeks, doing her research and documenting everything.

She offered her new tenants a short-term verbal agreement to pay $400 a month through January or February. She wants to move in her son and daughter-in-law in March.

So she served her unwanted tenants with a three-day notice to vacate then waited to see if she could avoid the $169 fee to file the eviction in court, plus $20 for a bailiff’s public notice.

Then she saw the Facebook ad Tuesday and filed with the Akron Municipal Court later that day.

The case is set for the morning of Feb. 14 on the seventh floor of the Stubbs Justice Center downtown, where an average of more than 17 eviction cases are heard daily — four days a week.

On Jan. 22, the final day of the three-day mandatory notice period, Speaks arrived to inform Lindquist of the pending eviction. Cole was out donating plasma, said Lindquist, who politely taped Speaks’ note to the wooden banister leading upstairs to Cole’s bedroom.

“I hope you have luck finding a place and you don’t lose your belongings,” Speaks told Lindquist, whose possessions are packed in boxes piled in the living room.

What will Lindquist do if — or when — an officer of the court came knocking?

“I don’t know,” she said, fidgeting with her phone. “I’d probably sit at the Burger King until I figured it out.”

Get it in writing

Speaks, 65, drives a school bus in Akron. The single rental supplements her income and offers a place for friends or family to stay.

She acquired the property, which she and her ex-husband had rented out for 20 years, through her divorce five years ago.

A preliminary review of city data shows that 2,243 landlords out of 5,354 operating in Akron list only one unit on the city’s rental registry. That means 42% of Akron landlords are operating at a scale that’s probably too small to absorb losses from even short-term vacancies.

These small-scale landlords may lack the institutional knowledge, time, legal wherewithal or resources to shield themselves and their tenants from bad outcomes, like evictions. That’s partly because they’re more likely to rent to friends and acquaintances on a handshake instead of writing up a formal contract that’s been reviewed by an attorney who knows housing law, according to real estate investors and housing advocates.

“Use a written contract and keep lots of documentation — always,” advised Lauren Green-Hull, who counsels tenants and landlords as the associate director of Akron-based Fair Housing Contact Service.

Green-Hull said tenants without formal or active contracts — which may have lapsed or never existed — often find their apartments through an interpersonal relationship with the landlord.

That’s how Speaks came to rent her Darrow Road home in 2015 to the brother of a friend she’s known for 22 years.

In August 2019, the rent checks came late or were dated for the following month, Speaks said, and the city mailed the first late water bill notice directly to Speaks’ personal home.

The public utility bills for the Darrow Road property were addressed to the rental unit.

Landlords who have municipal bills sent to their tenants can request recent statements and status of payment, but “requests for discontinuance of [water] service in legally occupied houses will not be honored or accepted for such purposes as eviction, enforcing collection of rents or as a result of differences between owner and occupant,” according to city law.

“The burden is on the property owner to prove that any occupancy is not legal,” said Ellen Lander Nischt, press secretary and strategic counsel to Mayor Dan Horrigan. “You can imagine the reason for that rule — city water service is not a tool to be used in a private dispute between a landlord and tenant.”

City officials and police officers asked step into a residency dispute between a landlord and tenant won’t take action without advice from a police legal adviser at the city prosecutor’s office or a court judgment.

Speaks’ unwanted tenants will soon lose water anyway. After 90 days of nonpayment, the city has scheduled a water shut-off next month.

Mark Wade, president of the Akron/Canton Real Estate Investors Association, encourages all landlords, especially smaller operators, to join a group like his to learn best practices and tap into the wisdom of experienced landlords.

He rarely hears about squatters as an issue, which he attributes to his members adequately vetting prospective tenants and the embarrassment of admitting that a landlord has lost control of a rental unit.

He did say a member recently found occupants unlawfully living inside an Akron rental property. Apparently, he said, scammers broke into the property, changed the locks and drew up a land contract as if it was their home to sell.

“Unfortunately, the family [that bought the sham contract] got scammed,” Wade said. “The property owner really lost use of the property for the time that it took to resolve the issue.

“To prevent something like squatters,” he said, “you’ve just got to keep an eye on the property. If it’s vacant, drive by once in awhile. If you’re out of state, that becomes difficult.

“Property owners who stay involved with their properties tend to do better. It’s easy for things to get out of control when you’re not paying attention.”

‘Nowhere else to go’

Speaks did keep an eye on her property.

She just doesn’t know exactly when Cole, whose Facebook account says he’s from California, and Lindquist moved in.

Life in housing limbo isn’t that abnormal for Lindquist, 50.

Married for 20 years, she left the Pennsylvania Poconos three years ago when her husband died. She lived with a daughter in Akron’s Merriman Valley then moved to Indiana with a boyfriend who she would not follow down south.

So back to Akron she went, living with her daughter for two weeks until that arrangement fell through. A landscaper at the Merriman Valley apartment building told Lindquist about a friend renting Speaks’ apartment, where there was extra space available.

At one point, Speaks said she counted five people living in the home: the man she allowed to rent the home, his son, his son’s girlfriend, Lindquist and Cole.

“I was basically like an adult nanny,” said Lindquist, who has had trouble finding or accepting work. “Cooking. Cleaning. Shopping. I came to run the house. I got everyone off to where they needed to be. It was functional.”

Lindquist said she’s seeing a doctor for cancer. But it’s “a struggle” with no job. Speaks told her the flower shop around the corner is hiring. The landlord even called on behalf of Lindquist to make sure the job required no previous experience.

But Lindquist didn’t pursue that job. She said side work cleaning houses for flippers has slowed. So she’ll sit and wait until authorities force her to leave.

“I’m well-aware of how it works,” she said, without a hint of surprise or contempt.