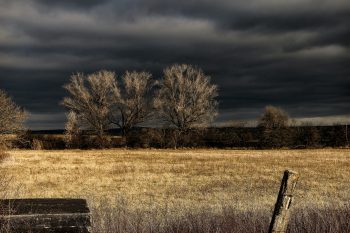 The severe weather crisis in Texas over the past week has set in motion a cascading series of events at apartment communities statewide. Power outages have led to loss of heat, burst pipes, flooded apartments and shortages of safe water and food, as well as fire dangers from residents taking risks in warming apartments. According to estimates, the winter weather disaster may have done as much as $50 billion in damage.

Multi-Housing News spoke to several property management companies and others associated with the multifamily industry in Texas to offer their perspectives.

“The power loss was the heartache. The Texas power grid just can’t keep up with demand. Stores and hotels are closed, nobody has power. Residents lost food because of the power loss. Sprinklers and pipes broke, flooding apartments. The roads have been too icy for people to get to warming shelters. Some have gone to stay with family so we’re doing unit-by-unit walks to assess the water damage. It’s a challenge. Luckily, I have a 20-plus year relationship with a contractor. We’re pulling out carpets and removing drywall to make places livable now and to avoid problems later.”

She added her company’s properties haven’t experienced any fires, but residents may be taking risks to generate heat. “We’re on fire watch 24-7,” she said. “We can’t get anyone else to do that for us . . . We had to disable sprinklers to prevent more bursting.”

Finally, the water plants can’t sanitize water, so the water is not drinkable. When roads finally became passable, Stonemark brought in pallets of drinking water, arranged for port-a-potties and took other actions to try and soothe distraught residents.

“When a lot of properties were built, codes did not require pipes to be insulated, which left the buildings vulnerable to rare weather events like we just experienced . . . Our teams have been assessing each property for damage and working with our owners to file insurance claims.”

Because the winter storms were predicted across the Lone Star State, LYND was able to push out useful information to its residents in advance of the storm, allowing them to prepare, said Jessica Walsh, LYND regional vice president, Texas.

“Through our resident portal, we provided freeze warning tips such as letting faucets drip, keeping the heat on and opening cabinet doors under sinks to provide as much warmth to pipes ahead of the freezing conditions, to decrease chances of pipes freezing. Our property team members went above and beyond the call of duty to care for our residents and let them know we are there for them during this difficult time.”

Alliant worked closely with its on-premise management teams to ensure they had what they needed to keep residents safe and warm.

The company donated $10,000 to the Austin Urban Area League and set up funds with its joint ventures to help residents unable to work during the storm, who lost wages and face other needs. “The unfortunate truth is extreme weather events such as this storm disproportionately impact the groups of people who rely on affordable housing,” Horwitz said. “We need to do everything we can do to support them to reduce the harm these events cause.”

The company partners with Haverstock Hills, a 700-unit affordable housing community in Houston’s Northeast neighborhood, which was impacted when the entire community lost access to both water and electrical utilities during the period of freezing temperatures.

“The Rainbow team was able to utilize resident demographic information to make well check calls and provide residents with critical updates on the Texas power grid, boil water notices, and tips on how to stay warm and safe in their apartments until power was restored,” said David Burkley, national director of resident services at Rainbow.

The crisis has stretched repair resources thin. “Although landlords are trying to make repairs as quickly as possible, this is a state-wide issue and repair people are booked and working around the clock,” said Jarred Kessler, CEO of EasyKnock, a sale leaseback company that serves as a landlord at rental homes across Texas.